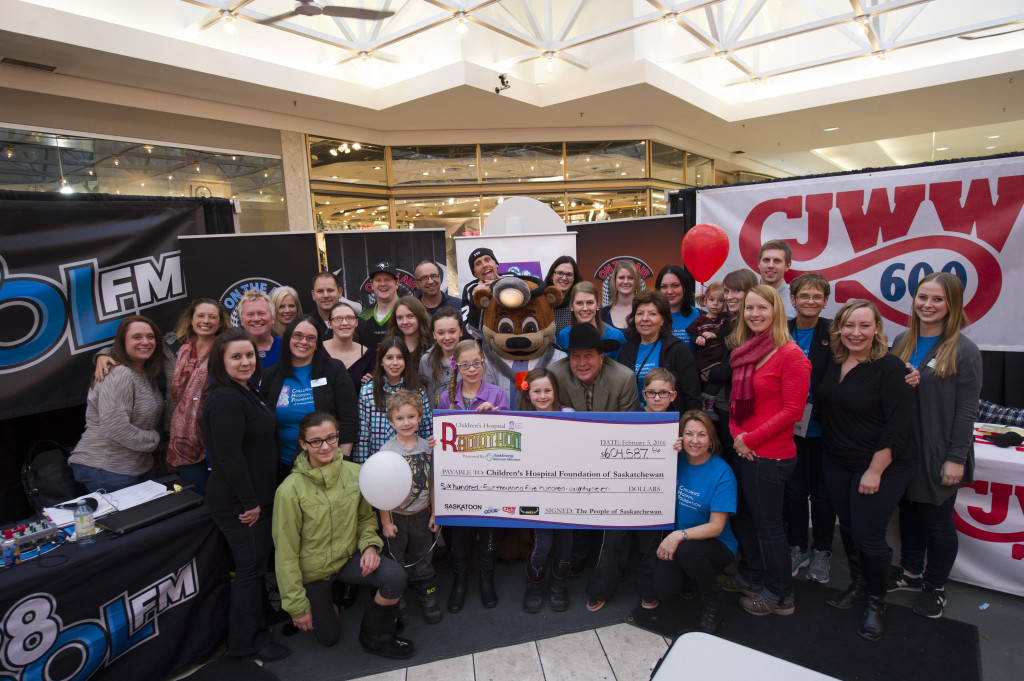 In the space of just 35 hours, the 14th Annual Children’s Hospital Radiothon presented by SaskEnergy Network Members raised an incredible $604,587.56 for the Children’s Hospital Foundation of Saskatchewan. Donations from the three-day, 35 hour event broadcast live on 600 CJWW, 98COOL FM, and 92.9 The Bull will help fund an urgently-needed new pediatric ambulance and the new provincial maternal and children’s hospital.

“We are tremendously grateful for the generosity of each and every person who called in their support, donated online, stopped by, raised funds with their children at school, and organized their own fundraisers,” says Brynn Boback-Lane, President and CEO of the Children’s Hospital Foundation of Saskatchewan. “Because of your support, our province’s children and mothers-to-be will have the opportunity to live healthier lives, both now with a new ambulance and in the future when the doors open on our new children’s hospital.”

“On behalf of the SaskEnergy Network Members across Saskatchewan,” says Ken Strohan of Saskatoon’s Razor Heating and A/C, “I want to thank the Children’s Hospital Foundation for the opportunity to sponsor this fundraising event which will truly make a difference for Saskatchewan families every day in the years to come.  Our employees answered the phones on Wednesday and were most impressed by the overwhelming public support for this much-needed children’s health care facility.  Our SaskEnergy Network Members are proud to top up the final total with a cheque for $25,000.”