Listeners of the 12th Annual Children’s Hospital Radiothon have once again responded with overwhelming generosity, setting a new record for southern Saskatchewan’s largest fundraiser for the new Children’s Hospital of Saskatchewan. During the final hour, on-air personalities from 620 CKRM, MY92.1, and 104.9 The Wolf announced that the two-day event raised $540,727.00, bringing the overall Radiothon total to more than $3.4 million since the event began. 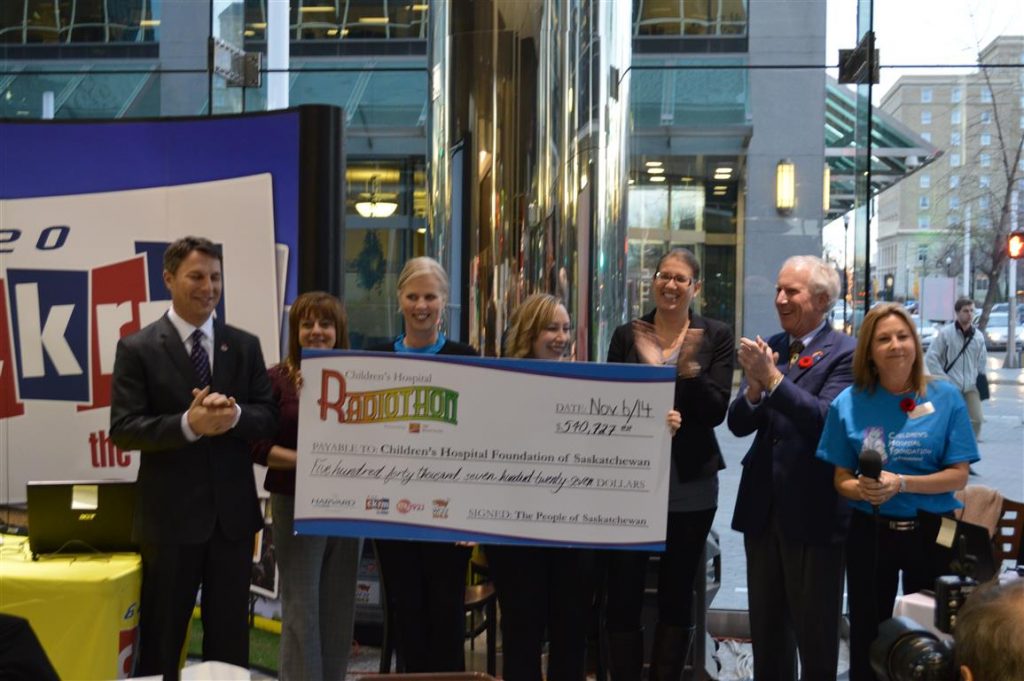 “This total represents a great celebration in honour of the children and families of Saskatchewan. The fact that we are able to raise such an incredible amount in only two short days is a true testament to the generosity of southern Saskatchewan. Thank you to EVERYONE who donated. This children’s hospital is being built for all of Saskatchewan by the very people that call this amazing province home,” says Brynn Boback-Lane, President and CEO of the Children’s Hospital Foundation of Saskatchewan.

Presenting Sponsor CIBC Wood Gundy was happy to once again champion this year’s event, noting “the importance of this event is growing now that construction has officially begun. We all need to do our part to provide the children of Saskatchewan with the care they require and deserve both now and in the future,” says Kevin Punshon, Branch Manager, First Vice President, CIBC Wood Gundy. Funds raised during this year’s event will be dedicated to the new Children’s Hospital of Saskatchewan, which officially broke ground in September 2014. Funds will also be used to purchase a new Pediatric Echocardiography Machine, which will significantly reduce current wait times across the province. 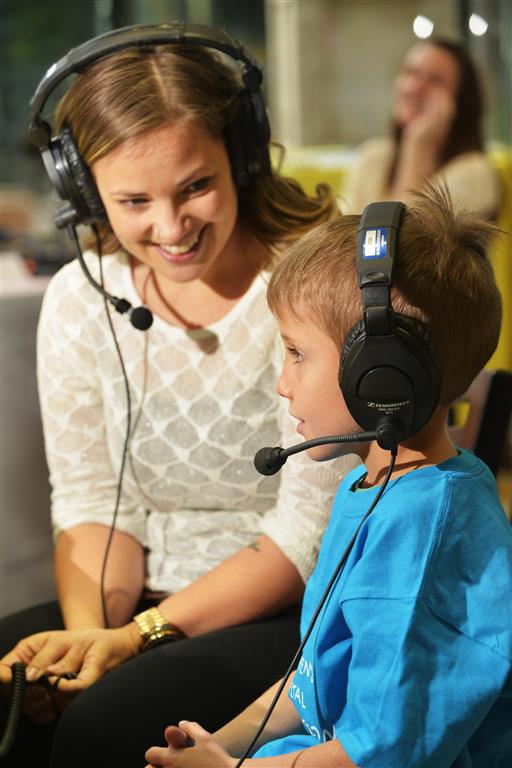 The Children’s Hospital Foundation would like to thank CN for matching all donations up to $150,000. This donation is the largest match on record for the Children’s Hospital Radiothon in Regina. “CN has helped to unite the people of Saskatchewan by supporting our cause and encouraging others to donate, raise funds, and host their own events through their incredible CN Miracle Match program,” says Brynn Boback-Lane. The Foundation would also like to thank our sponsors CIBC Wood Gundy, K + S Potash, Kelturn Drywall, Potash Corp, Conexus, Viterra, Capital Auto, SaskTel, Information Services Corporation, SaskMilk, Partner Technologies, and of course, our Harvard Broadcasting media partners – 620 CKRM, MY92.1, and 104.9 The Wolf.

Special thanks to the many volunteers, donors, and families from southern Saskatchewan for their continued commitment and support as we forge ahead on building the new Children’s Hospital of Saskatchewan.