2019 Champion Child passing the torch after a historic year

After an exciting year, 13-year-old Blake Wheeler is hanging up his hat as the 2019 Saskatchewan ambassador for the Children’s Miracle Network Champions Program.

The Saskatoon boy had a jam-packed year full of events, media interviews and speaking engagements, as he represented sick and injured kids from across Saskatchewan. 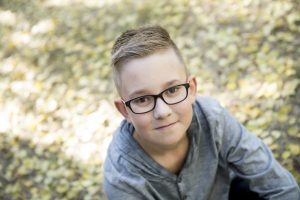 Blake played a major role in the grand opening celebrations of Jim Pattison Children’s Hospital in September, as he shared his story to a provincial audience.

“It was amazing and a once in a lifetime opportunity. I was honored to help cut the ribbon at the grand opening and meet Mr. Pattison,” Blake said.

After years of designing, building, planning and preparation, the 176-bed hospital officially opened to patients on Sept. 29, 2019. 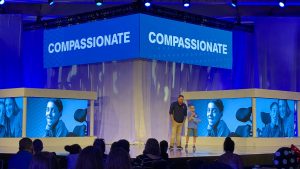 Earlier in the year, Blake had a trip of a lifetime, as he represented Saskatchewan at Children’s Hospitals Week in Orlando, Florida in March. Blake said his favorite part of the event was getting to know the other 22 Champion kids from across North America.

“I made many new friendships because of that trip. I was able to share my story to let others know the importance of having a children’s hospital,” said Blake. 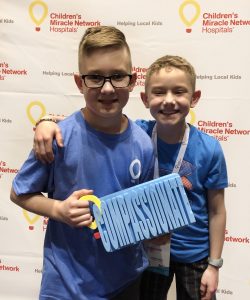 Throughout the year, Blake continued to share his incredible story of how he was born severely premature and spent 110 days in the Neonatal Intensive Care Unit. He and his fraternal twin brother, Noah, were expected to be born a few weeks early, but nobody could have prepared for their severely premature arrival 14 weeks early. Heart murmurs were detected in both babies, but heart surgery proved to be too much for Noah, who tragically passed away. 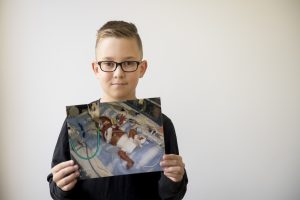 Blake gave a moving speech to a crowd of more than 600 guests at the Children’s Hospital Jeans & Jewels Gala presented by Mosaic in Saskatoon in April. He then shared his story with the Saskatchewan Roughriders at their training camp in Saskatoon in June, and again in November at the provincial Jim Pattison Children’s Hospital Radiothon, which took place in the new hospital.

The excitement didn’t stop there for Blake, who was invited to the 2019 Tim Hortons NHL Heritage Classic in October. Blake got the chance to lace up his skates and hit the ice with some NHL players, before meeting Winnipeg Jets Captain Blake Wheeler.

“Blake did an incredible job this past year as our 2019 Champion Child,” said Sash Broda, manager, development and engagement at Jim Pattison Children’s Hospital Foundation. “With the major milestone of the hospital opening, we are so proud of how well Blake represented the sick and injured kids of our province. We are grateful for all that he’s done to help Saskatchewan kids and families.”

Stay tuned to our social media channels as we unveil the 2020 Champion Child on January 17. 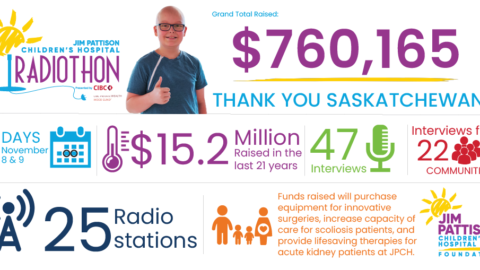