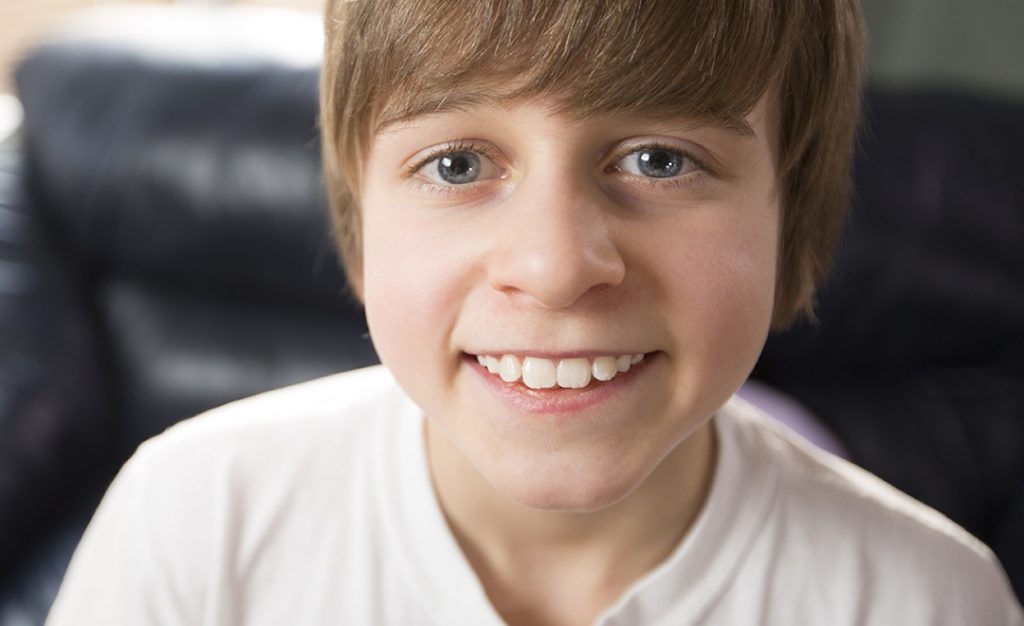 It’s been a lot to pack in to the last 365 days, but Champion Child Aidan Bohle has done it all with an enormous smile on his face. The soccer-loving, hockey-playing Saskatoon boy has been the Champion Child for the Children’s Hospital Foundation of Saskatchewan for the last year, representing our province’s sick and injured children at local, national, and North American events.

As Champion, Aidan has traveled over 6,500km taking him across Saskatchewan, and as far as Toronto and Orlando. It’s not many twelve-year-olds who can say that they’ve caddied for golf legends Fred Couples and Jay Haas, or participated in the Magic Kingdom Parade at Disney World. Aidan’s done that and more. Aidan, who was diagnosed with a very aggressive, recurrent tumor in one year at age five, has learned to make Blizzards at DQ with NHLers Eric Gryba and Darcy Kuemper, touched a stingray and became a sandwich artist at Subway on live television. As part of the Champions Program presented by WalMart, Aidan also had the chance to meet actor/rapper Nick Cannon, country superstars Lady Antebellum, actress Marie Osmond, Olympic Gold Medalist Adam Van Koeverden, and television host Ben Mulroney.

“My year of representing sick and injured kids of Saskatchewan as the Champion Child for the Children’s Miracle Network was an amazing experience filled with memorable moments of meeting many new people and attending fun events, says Aidan, who still has more surgeries in his future to restore hearing in his right ear. “I even got to travel to Toronto and Orlando where I met the rest of the CMN Champions and got to go to Disney World and have a blast at Universal Studios and Islands of Adventure!

While Aidan will be passing on the torch to a new Champion Child next week, don’t expect this to be the last we see of him.

Thank you, Aidan, for being a true Saskatchewan Champion!