It’s been go-go-go for Calla over the past year – touring 7,000 km across North America, representing sick and injured Saskatchewan kids and giving it her all. She’s been living the high life, but the 13-year-old hasn’t forgotten the importance of giving back. 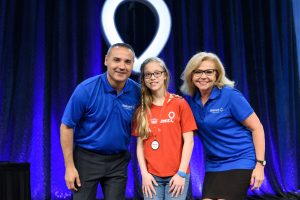 Calla stepped into the role of Saskatchewan Champion Child for the Champions Presented by Walmart Canada program in September 2016. An exciting opportunity to act as the Saskatchewan ambassador for Jim Pattison Children’s Hospital Foundation, she began her 500 day journey more excited than ever to take on the biggest role of her life so far. As Champion, Calla and her family travelled to Ottawa to meet the Prime Minister and tour Parliament Hill, as well as Orlando to meet 170 other Champion Children representing hospitals across North America during the annual Children’s Miracle Network Hospitals Ambassador Tour.

“The best part was all the events I got to participate in,” says Calla. “Events like the Walmart shopping sprees, meeting the Prime Minister or going to Walt DisneyWorld – being able to go on this trip with such remarkable people definitely made travelling even more fun.”

Born 12 weeks premature, the first two months of her life were spent in the Neonatal Intensive Care Unit (NICU). Since being diagnosed with mild cerebral palsy, the Saskatoon girl turned to horseback riding as a form of therapy but it wasn’t long until the galloping sport became her passion.

“Being on the other side of Calla’s health challenges, it is very rewarding to see her have a chance to tell her story, represent other kids who are facing challenges today, and support this cause,” says Calla’s dad Derek. “This opportunity has been very humbling and, at times, has resurfaced many years of parental emotion that is hard to describe. When she spoke and received a standing ovation at the Jeans & Jewels Gala, we were overwhelmed to say the least.”

With a contagious passion for the cause, Calla has set out to inspire people across the province on why a children’s hospital is needed for kids like her. From giving over a dozen speeches in front of large crowds, media interviews, meeting celebrities and being an ambassador at fundraisers, Calla has mastered it all. For Calla, the most rewarding part was making friends along the way and hearing amazing stories from other families.

“The new hospital is not a want, it’s a need. Without it, kids may have to go to different provinces for medical care, separating them from their families and friends,” explains Calla. “Everybody can help make a difference in children’s lives by donating. Remember, every dollar counts!”

Throughout her time as Champion, Calla has inspired many to give towards a cause that means so much to her. Her determination to raise thousands of dollars and being a part of Radiothon every year since she was four made her one of the top junior fundraisers for Jim Pattison Children’s Hospital, which landed her an Outstanding Youth in Philanthropy Award.

“We are so proud of Calla and all the hard work she has put into creating a better future for kids across Saskatchewan,” says Jana Len, Director, Annual Giving at Jim Pattison Children’s Hospital Foundation. “She has led the way in giving back and her efforts will now give other children a fighting chance and a not-so-scary hospital experience. From her early days of being a NICU baby, she has since grown into a true Champion and did an outstanding job being the representative of our province.”

Stay tuned to our social media channels as we unveil the 2018 Champion Child presented by Walmart Canada later this month.

About the Champions Program
The Children’s Miracle Network Champions program presented by Walmart Canada honours remarkable children from across North America who have triumphed despite severe medical challenges. For their courage and perseverance, these children have been selected as representatives for Children’s Miracle Network hospitals across Canada and the United States. 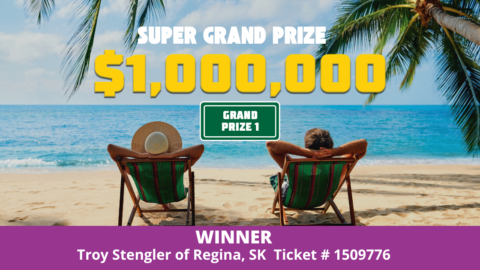 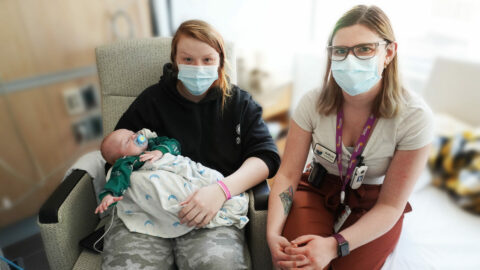