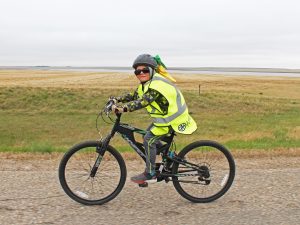 Clinton Babyck set out on a 40-kilometre journey, biking all the way from his hometown of Elrose to Rosetown last weekend.

The 10-year-old was driven to complete his trip to help the babies, children, mothers and families of Saskatchewan who will spend time in hospital.

Through his incredible effort, he raised more than $4,100 for Jim Pattison Children’s Hospital Foundation. Clinton set up an online personal fundraising page on the Foundation’s website, and also collected donations from school, church and local businesses. 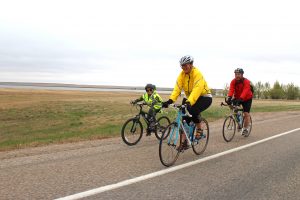 “His heart is so big and he cares so much for others. I am very proud,” Clinton’s mom, Rose Babyck, said. “I believe his determination and heart really have shown.”

Clinton started his ride at Elrose Composite School on the evening of May 24. The conditions were just right for him to bike 22 kilometres in an hour and a half on Highway 4 heading towards Rosetown. 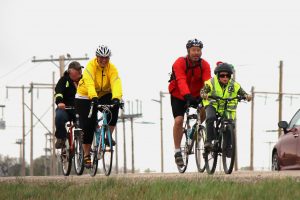 The next morning Clinton picked up where he left off, but this time biking through cold and windy weather. He had some family friends riding alongside him to finish off the last 18 kilometres of the trek. As he neared his destination, his journey got even more exciting when members of the Rosetown Fire Department and RCMP escorted him into Rosetown.

When Clinton crossed the finish line, he was greeted with a barbecue to continue to fundraise and celebrate his great accomplishment.

The idea of a biking fundraiser first came to Clinton when he was travelling to Victoria, B.C. last summer. He was inspired when he saw police officers and other emergency responders pedalling across Vancouver Island for the Tour de Rock to raise funds for pediatric cancer research. 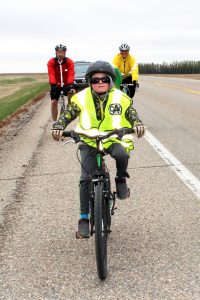 “I thought I could do that from Elrose to Rosetown for Jim Pattison Children’s Hospital and for the sick children and babies,” Clinton said.

Clinton spent more than a month gearing up for the big ride, training on his black and green mountain bike. His parents, Ron and Rose Babyck, said Clinton never once wanted to quit, no matter the weather or type of road he practiced on.

“Clinton’s dedication and generosity are truly admirable. Jim Pattison Children’s Hospital Foundation is genuinely inspired by children helping children and Clinton’s commitment to others represents everything that our Foundation stands for,” said Brynn Boback-Lane, president and CEO of JPCHF. 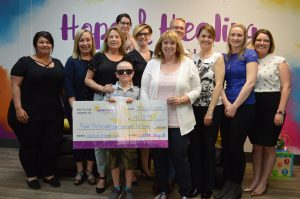 To donate to the capital campaign for the new hospital, please visit: pattisonchildrens.ca/donate.