With a flashy motorcycle, bright sunny skies and an open highway ahead, it’s the perfect setup for a cross-country cruise, and a perfect way to help Canadian kids in hospital.

Jason Sellars, the man behind the throttle, began his trek in London, Ont. on July 1 when he set out for a journey across five provinces as a way of raising money and awareness for children’s healthcare. It’s no ordinary road trip, but Sellars considers it to be a combination of ‘living the dream’ and fulfilling the dreams of sick and injured children. 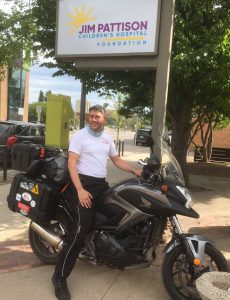 “It seemed right to not have a ride just for myself to go back and forth [across the country], but to actually leverage it and try to raise money for some of the children’s hospitals.” says Sellars.

Sellars has his own history of hardship with his daughter having previously spent time in hospital. For Sellars, it was his daughter that sparked the motivation behind the courageous idea of embarking across Canada to raise money and awareness for kids in hospital, and thus Canada Ride for Kids was born.

The fundraising efforts of Canada Ride for Kids is for the sole purpose of making sure kids and families in Canada receive the best care while in hospital. The summer 2017 motorcycle ride is a part of Canada’s 150th Anniversary celebrations, raising funds for those who need it most and celebrating everything Canada along the way. With many Saskatchewan families having to travel a great distance for their sick or injured child, Sellars is making the trek so other’s won’t have to in the future.

With Saskatoon being a mid-way stop of his voyage, Sellars made his way into Jim Pattison Children’s Hospital Foundation office on July 6. He arrived with adrenaline pumping and eager to see the construction progress of the new children’s hospital across the riverbank. His arrival didn’t come without minor detours along the way, including a few pit stops and a flat tire, but Sellars was well prepared for the adventure ahead and powered across the prairies before rolling into the future home of Saskatchewan’s first children’s hospital.

“It’s really quite an incredible journey that he’s taking on, it takes a lot of time to take that trip and a lot of effort,” says Jana Len, Director of Donor Relations at Jim Pattison Children’s Hospital Foundation. “We’re honoured that he’s included Saskatchewan in the work that he’s doing and sharing the word of why a children’s hospital is so important, it just adds to the excitement that we’re getting one here in 2019 in our own province.”

Canada Ride for Kids is paving the way towards better care for children across Canada. With Sellar’s stop into Saskatoon, kids and families across the entire province of Saskatchewan will benefit. His fundraising efforts will help support urgent equipment needs today and in the future for the new Jim Pattison Children’s Hospital, as well as groundbreaking research opportunities coming right to Saskatchewan.

“The single greatest thing I want to get out of this is awareness of what the children’s hospitals are doing in this country,” says Sellars. “I’ve spent a lot of time in other countries, and children’s hospitals there try really hard but we’ve noticed the level of care and attention to a child here and actually treating them like a person and dealing with their needs and wants.”

To donate to Canada Rides for Kids, visit the fundraising page at https://pattisonchildrens.ca/p/canada-ride-for-kids/ 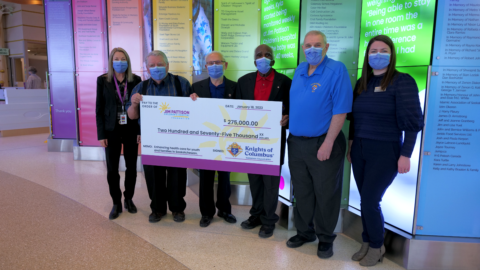 Knights of Columbus Saskatoon Council #1517 Achieves Gift Milestone with a $275,000 Commitment to Saskatchewan Youth and Families 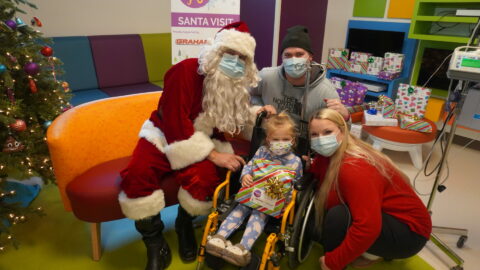