Cohyn Wells of Moose Jaw is only nine-years-old but he’s already had thirteen surgeries in his short life. Cohyn is this year’s Saskatchewan Champion for the Champions Presented by Walmart program. The North American program, organized by Children’s Miracle Network, honours remarkable children who have triumphed despite severe medical challenges. Each Champion acts as an international ambassador for his or her Children’s Miracle Network member hospital. 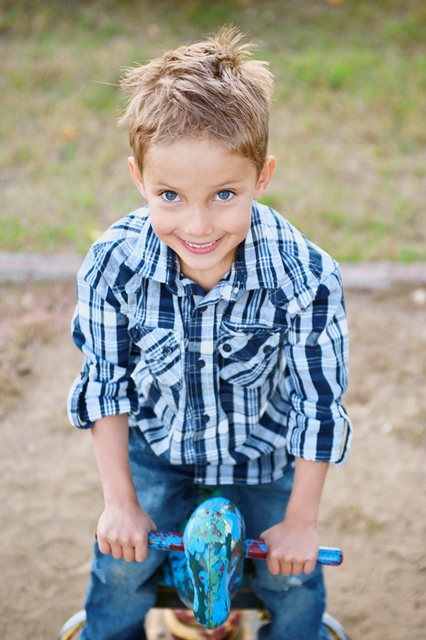 “I tell people my story so they can be strong and brave,” says Cohyn, who had his first surgery when he was less than a day old.

Cohyn was born with Spina Bifida, Hydrocephalus, and a Chairi Malformation, which means that he was born with a structural defect in the part of the brain that controls balance. Cohyn has also since developed syringomyelia, a rare progressive disease that affects his spinal cord. Every one of his surgeries has been accompanied by a lengthy hospital stay and recovery period.

These surgeries and challenges rarely slow Cohyn down for long. When he started kindergarten he showed his fellow students a model skeleton to explain how and why he was different. His classmates’ understanding of his conditions, coupled with his concern for everyone to feel included, has created a happy boy with a compassionate heart and a sense of adventure. With more surgery in his future, Cohyn is just one of the many children who will, on occasion, call the new Children’s Hospital of Saskatchewan home.

“He’s all about wanting to make things better for other kids, and he really wants a new children’s hospital. He wants people to know that it’s important,” says mom Kristyn Wells. “I’m super proud of him because he has been through so much stuff and he is still so positive through it. I really want people to know how strong he is, that he is leading a normal life and has a bright future ahead of him.”

In February, Cohyn, his parents, and his two brothers will attend Children’s Miracle Network festivities in Toronto along with other Canadian Champions. The family will then travel to DisneyWorld in Orlando to meet with Champions from across North America. 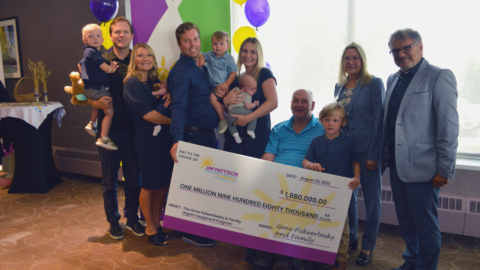