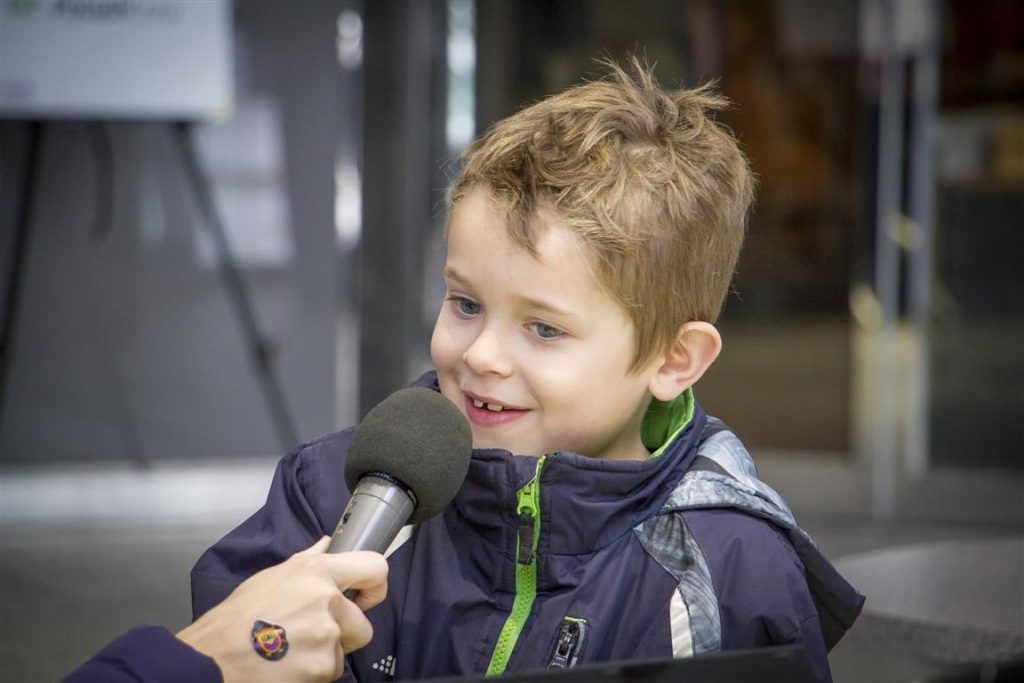 Southern Saskatchewan’s largest annual fundraiser for Jim Pattison Children’s Hospital kicks off today. The Children’s Hospital Radiothon presented by CIBC Wood Gundy, kicked off at 5:30am on Harvard Broadcasting 620 CKRM, MY92.1, and 104.9 The Wolf.

Broadcasting live from the lobby of Hill Centre Tower II, the 16th Annual Children’s Hospital Radiothon will raise funds to equip Saskatchewan’s first and only dedicated pediatric surgical suites with IV Infusion Pumps, Patient Monitor Systems and Pediatric Defibrillators. The suites, with a capacity for 5,000 pediatric surgeries every year, will include integrated induction rooms allowing parents to be with their child while anaesthesia is administered. 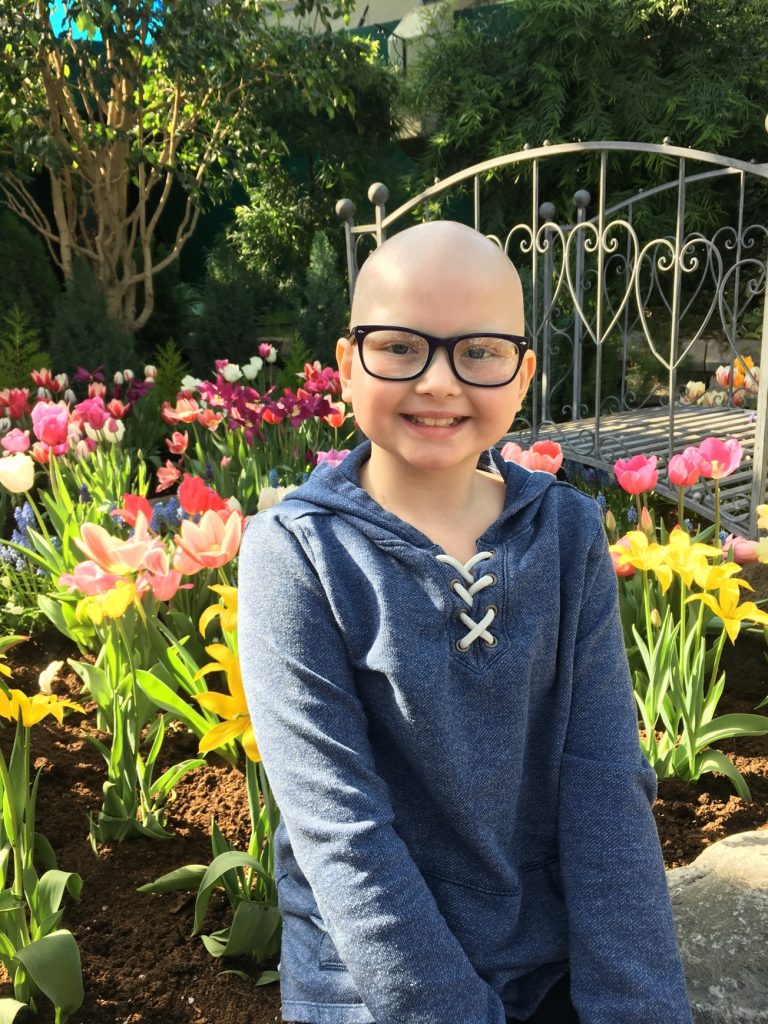 Ten-year-old Payton Sernick of Estevan, SK is this year’s Radiothon ambassador. After moving to Alberta for cancer treatment and surgery last year, she will be sharing her remarkable story, which began at age six with a diagnosis of Lymphoblastic Leukemia and Lymphoma.

“CIBC Wood Gundy Regina is once again proud to be the Presenting Sponsor in Regina, for the Children’s Hospital Radiothon. Jim Pattison Children’s Hospital will be opening in the fall of 2019, so we need your support today,” said Kevin Punshon, Branch Manager, First Vice-President and Investment Advisor at CIBC Wood Gundy. ”Your generous donations will be used to further equip trauma spaces and surgical suites in the children’s hospital. Now is the perfect opportunity for you to help the children of Saskatchewan.”

The need for a dedicated children’s hospital for Saskatchewan is something Harvard Broadcasting Regina has supported since the Radiothon began 16 years ago.

“At Harvard Broadcasting Regina we feel that this facility is something the families of our province deserve as it creates the opportunity for them to not have to travel as far when life-threatening situations present themselves,” said Jason Huschi, General Manager of Harvard Broadcasting Regina. “We encourage everyone to help support the families and children of our province in any way they can. Either through a donation, by volunteering or organizing a fundraiser within your community. Be part of creating a legacy in our province.” 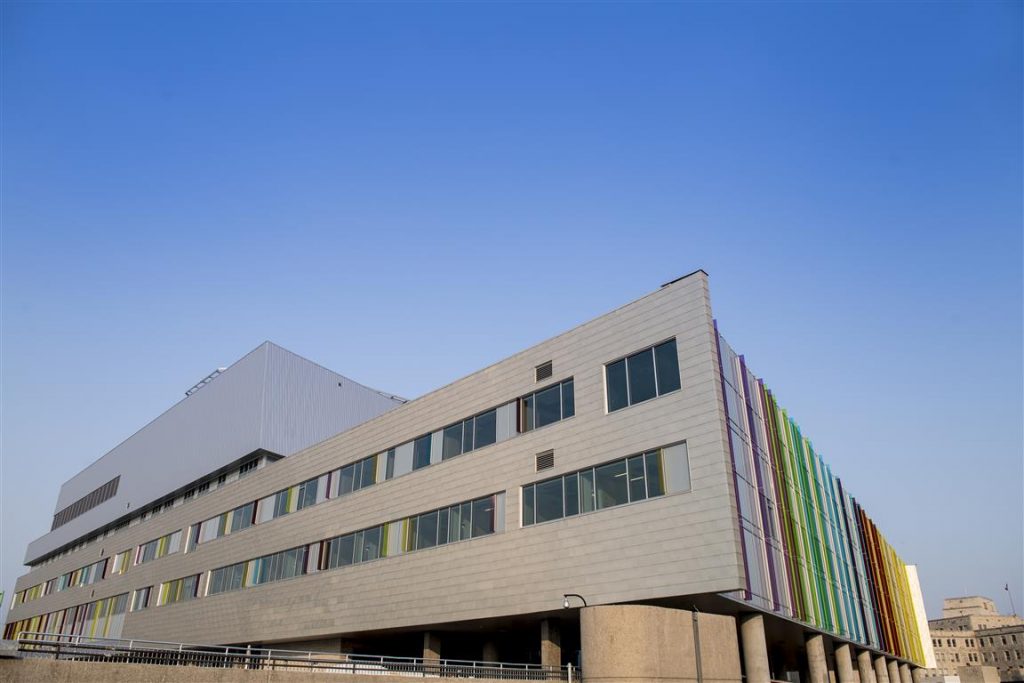 Construction of the new provincial hospital is 87 percent complete and scheduled to open in late 2019. Since its inception in 2002 the Children’s Hospital Radiothon has raised $4.8 million for Saskatchewan children and families in hospital. Last year’s event raised $450,578 for a transport isolette and a ventilator for Saskatchewan’s Pediatric Transport Team. 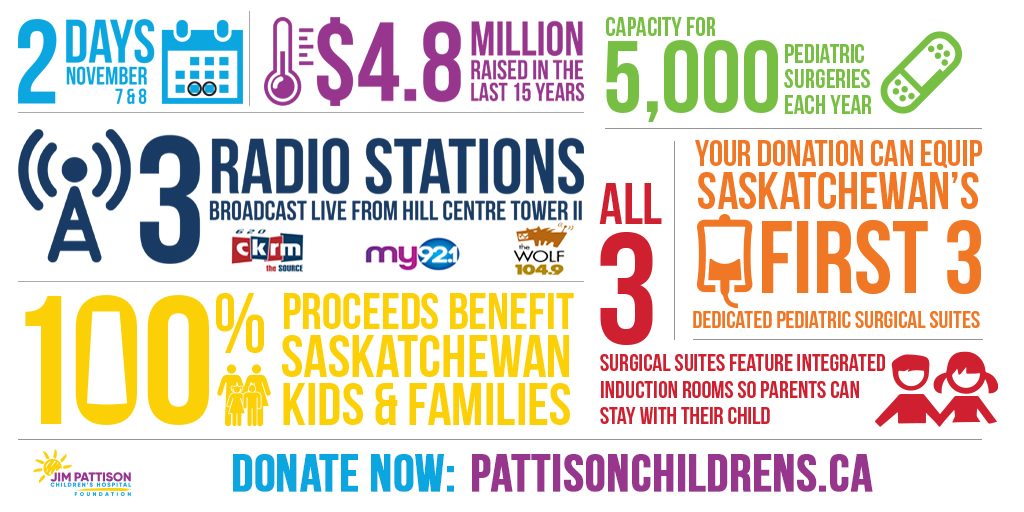