Fundraising has Special Meaning for 11-year-old After Traumatic Injury

It was a freak accident she never saw coming. On June 25, 2017, 10-year-old Shay went from cheering on the Canadian Professional Chuckwagon Association (CPCA) races to falling into sudden shock after a dog bite accident.

At first, no one realized just how bad it was. K 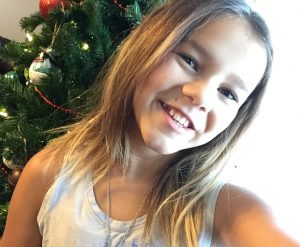 im, Shay’s mom, was called over to help with what she initially thought was a small cut on Shay’s face. She quickly realized it was much worse than what a first aid kit could fix. Shay’s grandmother, Brenda, rushed to help, but consensus was reached that the young girl needed to head to hospital immediately nearby Wainwright, Alta.

“You could see the tissue was gone,” says Kim. “When we first saw it, it was pretty scary to look at because we didn’t know if there was damage.”

Medical staff in Wainwright immediately identified that Shay would need plastic surgery. Shay was rushed to Edmonton by ambulance, but an allergic reaction on her face called for a mid-way stop in Viking, Alta. Shay was put on an IV and was given medication to soothe pain, itching and nausea to calm her before they could continue the transport. In Edmonton, she was immediately assessed in emergency before a pediatric surgeon took over for the procedure of 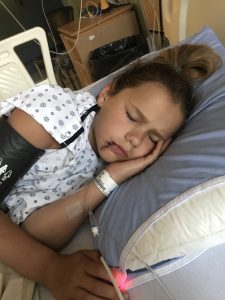 taking tissue from her mouth and moving it to her lower lip. The surgery spanned over one hour and left her with nearly 40 stitches.

After a long healing process, Shay is back to her regular self and doesn’t let her traumatic experience hold her back. A born and raised farm girl who loves being outside with horses and her friends, Shay is returning to the CPCA festivities once again this summer with Women of the Wagon’s events. The events began in 2012 with Shay’s mom and grandma and other women on the CPCA tour who decided to raise money for children’s hospitals. Chuckwagon racing has been a big part of Kim and Brenda’s life. Now Shay shares the same passion for the action-packed sport and is more inspired than ever to help out a good cause. 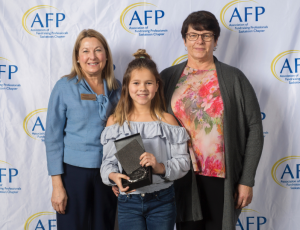 This year’s Women of the Wagon’s events included a Pancake Breakfast on June 2 in North Battleford, an upcoming Golf Tournament on August 9 at Mervin Golf Course, and the Diamonds & Denim Gala at the Lloydminster Exhibition on August 14. Since 2012, the Women of the Wagon’s events have proudly raised over $172,000 for Jim Pattison Children’s Hospital Foundation. The Women of the Wagons and the remarkable fundraising efforts from the women involved were recognized as Honorary Supporters during the 2017 National Philanthropy Day luncheon in Saskatoon.

“With Shay having her accident she can appreciate even more now where the money will be going and all the kids it can help,” says Kim. “Her experience made her more dedicated to helping raise as much money as possible to help as many kids as she can.”

For more information on the Women of the Wagon’s summer events, please visit the event page HERE.

Supporting families through the grief process of perinatal loss