Caring for Saskatchewan’s tiniest patients is anything but an easy job. Babies in the Neonatal Intensive Care Unit (NICU) need constant monitoring and 24-hour care, making for long shifts and high levels of stress for neonatal caregivers. But ask any NICU staff member you meet how they like their job and they will tell you it’s the best job in the world. 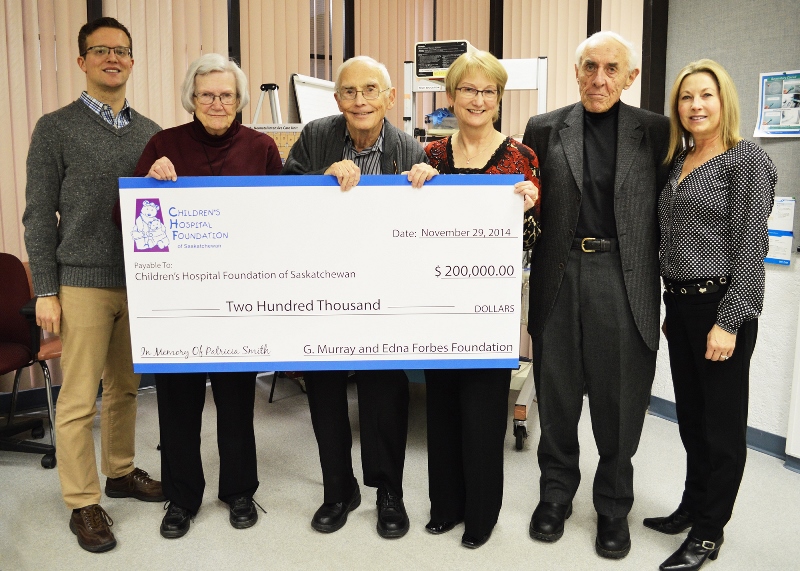 With the announcement of a generous $200,000 donation to the Children’s Hospital Foundation of Saskatchewan, presented on November 28, 2014 in a room just off of the NICU, the G. Murray and Edna Forbes Foundation is giving back to the incredible people that are saving the lives of Saskatchewan’s most vulnerable babies. This gift will support the creation of the Staff Lounge & Quiet Room located in the NICU at Children’s Hospital of Saskatchewan. The new space will offer Neonatal caregivers respite from their stressful work day by providing a calm, relaxing area to decompress or catch some much needed rest during or between shifts; helping to give balance to a hectic environment.

The contribution was made in memory of Pat Smith, niece of G. Murray and Edna Forbes, and a former NICU nurse who dedicated her 30-plus year career to caring for Saskatchewan’s most fragile babies and their families. Pat was passionate about her work and her co-workers and was a role-model and mentor to many. Pat recognized that offering respite to staff helped improve the quality of work life in the NICU, which translated into better patient care. “Any space that could help staff unwind, rest, and prepare for the next challenge is a space she would agree is well worth having,” said Susan Yuzik, sister of Pat and representative for the G. Murray and Edna Forbes Foundation. “She may never have had the chance to benefit from this space, but she would be pleased to know that others will.” 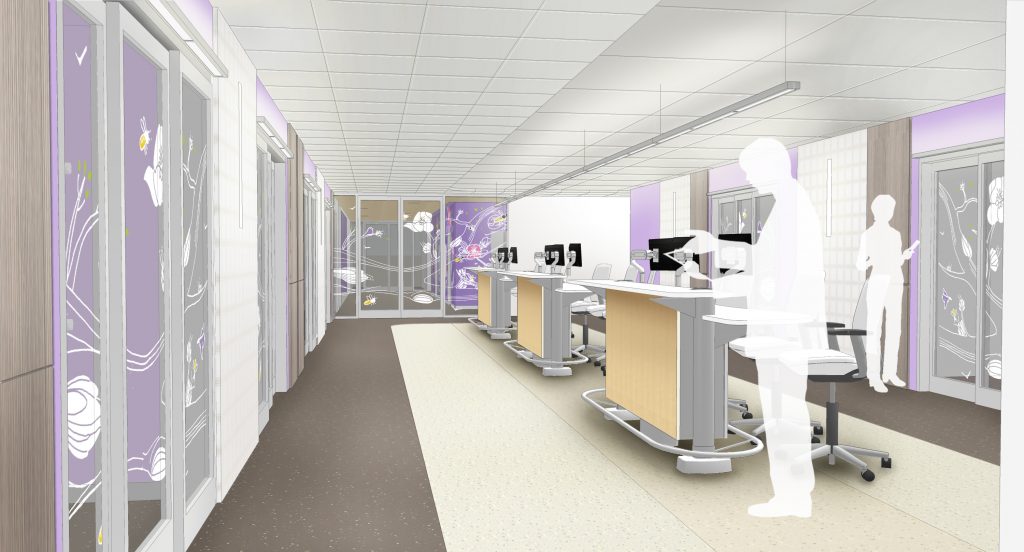 “The Neonatal Intensive Care Unit is an extraordinary place where Saskatchewan’s tiniest, sickest patients are given the chance at life. As we build this hospital with the needs of children and families in mind, we cannot forget that we also need to care for the medical care teams who are saving the lives of our most fragile babies and children. We are both honoured and inspired to be able to join the Forbes family in honouring Pat’s memory and passion for her work and colleagues,” said Brynn Boback-Lane, President and CEO, Children’s Hospital Foundation of Saskatchewan.

Speaking on behalf of the NICU staff was NICU nurse of 33 years, Linda, who told how she herself had been personally impacted by a pre-mature birth whereby she stayed in the NICU for weeks on end hoping for a positive outcome. Each day, Linda saw how important it was to have the best equipment, technology and delivery of care in the NICU, but she no longer saw this process as a nurse, but as a new mother. It was her daughter Stephanie that was now trying to survive an early delivery in a small medical incubator with many tubes and medications guiding her little life with each heartbeat. Linda stayed beside her baby for weeks praying for a positive outcome; knowing full well that every step taken was a challenge, but she was in the very best of hands.

It was through the highest of technological equipment and quality of care that the NICU staff was able to provide a miracle. That miracle that began at one and a half pounds has grown to be 25 years old and has now come to be yet another angel on the NICU ward. In stepping into her mothers’ footsteps today, Stephanie now saves little lives as a dedicated NICU nurse, right where Pat did 25 years ago with a little girl named Stephanie. A beautiful and real full circle story.

Children’s Hospital of Saskatchewan will serve pregnant women, mothers, babies, children and teenagers from across the province, offering leading edge healthcare equipment and technology, research programs and innovation – all with a focus on family-centred care.