It’s a big piece of equipment for a small baby, and big credit is due to 2017 Jim Pattison Children’s Hospital Radiothon supporters for bringing it into the Saskatoon Neonatal Intensive Care Unit (NICU). 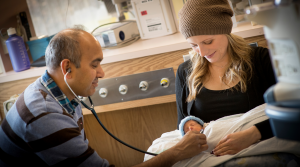 “The brain is everything. It’s so important to detect changes in these newborns because it’s such a huge part of their development,” says Adele Riehl, Manager of NICU and NICU Transport. “This equipment is non-invasive, easy to use, and nurses can apply it and care for a baby while physicians monitor the readings.”

The monitor, suitable enough for even the tiniest bodies, was put into motion in April 2017 shortly after the successful three-day Jim Pattison Children’s Hospital Radiothon, which took place February 1-3, 2017 at The Centre Mall in Saskatoon. The advanced technology provides medical staff with immediate notice of any sudden changes in blood gas levels that may result in severe damage in a baby’s health.

“We have the equipment attached and it runs for days. It’s ongoing monitoring and not just a point in time,” explains Riehl. “The machine tells us what the brain is doing in the very moment, so we get continuous readings.”

The need for the monitor came as a result of a commitment to as much non-invasive medical care as possible for newborn babies.  Now, a baby has less needle pokes to endure and instead has a small pad placed onto the skin, allowing doctors to obtain the information they need to optimize the care they are providing. 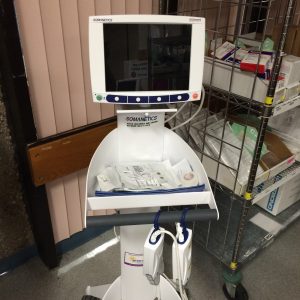 Before the new INVOS Monitor was introduced, a previous monitor funded by Jim Pattison Children’s Hospital Foundation in 2013 was being shared among the NICU and Pediatric Intensive Care Unit (PICU). As a result of limited availability on bedside equipment, many babies needed to be moved around based on their level of stability. Now, the equipment comes to the baby and the brain, in its most fragile state, is increasingly protected as it undertakes the most critical phase of development. As baby grows from one, to two, to three pounds, each and every move is being watched over.

“For us to be able to have this real-time data at the bedside is wonderful. It’s most often babies who had brain trauma at delivery, or those who come out with no heart rate and need CPR,” explains Riehl. “We need to know what’s going on with their brain at all times – these are the sickest kids who need their brains protected.”

“In supporting this lifesaving piece of equipment, it will largely reduce the sense of worry that families have about their baby’s condition,” says Brynn Boback-Lane, President and CEO of Jim Pattison Children’s Hospital Foundation. “Today newborn babies in our province are receiving less invasive procedures through improved technology and the generosity of donor gifts. Our generous Jim Pattison Children’s Hospital Radiothon donors are the reason we can continue enhancements such as this to NICU.”

To support the 2018 Jim Pattison Children’s Hospital Radiothon, call 1-888-808-KIDS (5437) or start your own fundraising page at http://pattisonchildrens.ca/p/jim-pattison-childrens-hospital-radiothon/ 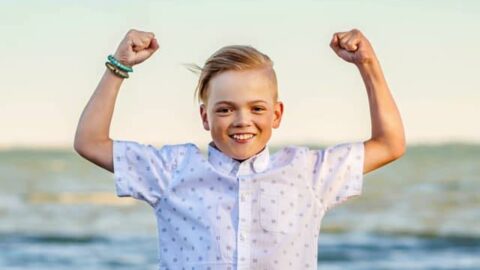 The Difference Organ Donation Has Made in Nate’s Life