Ethan came into the world last November — 17 weeks earlier than his parents were expecting. Weighing only one pound six ounces, the brave little boy was in for the fight of his life. 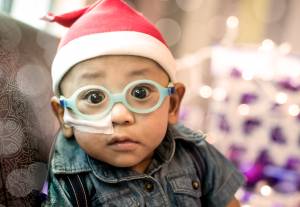 Ethan spent the next 20 weeks in the Neonatal Intensive Care Unit (NICU) in Saskatoon, undergoing countless pokes and procedures from head to toe.

For two months, Ethan was intubated and couldn’t breathe on his own. Each and every day he proved that he was a fighter, undergoing MRI scans, ultrasounds, eye exams, as well as hernia repair and laser eye surgeries.

The NICU also became home for Ethan’s parents, Marie and McAllen, who did whatever it took to support their son in hospital, often taking turns visiting him three to four times a day. After weeks turned into months, and winter turned into spring, Ethan was finally able to go home after 142 days in the NICU.

“The NICU was our home for five months. It was everything we knew,” explained Marie. “To see your child fight for his life every day was truly a life-changing experience. We couldn’t be more proud of Ethan and what he has overcome to be with us.”

Upon arriving home this past March, Ethan still needed to be hooked up to oxygen and two months later, he had to be put back on a feeding tube. Ethan’s parents are excited watching him grow, as he was finally taken off supplemental oxygen just before his first birthday. 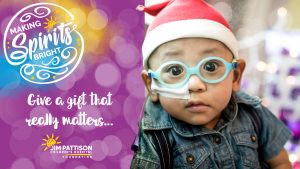 Ethan’s family is incredibly thankful to spend this special season together, not in hospital, but at home for the holidays.

Shop our holiday giving catalogue and you’ll help make spirits bright and truly make this giving season a time for celebration for kids just like Ethan.