Payton Sernick Still a Champion after Hanging Up Her Hat

What makes a champion, a champion? Perhaps it’s the willpower, strength and courage demonstrated when faced with life’s biggest challenges – the type of attitude that Payton Sernick always kept.

Though her time as the 2018 Saskatchewan ambassador for the Champions Program has come to an end, 10-year-old Payton will always be a champion now that she’s a two-time cancer survivor. Her past year was spent taking on Champion Child duties – doing media interviews, events and representing sick kids across the province – all while fighting for her life 600 miles away from home.

“I wanted to do everything I could to still support a cause that means so much to me,” said Payton. “Even at my age, I know how scary it can be to spend time in the hospital. I am one of the reasons why Saskatchewan needs a children’s hospital.”

The fight of her life started at age six when she was officially diagnosed with Stage 4 Acute Lymphoblastic Leukemia. The diagnosis was devastating to the family. Her 11-month treatment began with tests, x-rays, ultrasounds, CT and MRI scans, biopsies and bone barrow aspirations, plus enduring numerous blood work draws. After several procedures, she began daily chemotherapy in Regina.

After over 200 days in hospital and nearly one full year of intense chemotherapy, Payton was proud to announce that she was cancer-free. Her family moved back to Estevan and returned to their normal routine. Just as they were settling in, life did a complete 180 and they were back to square one. Doctors were now saying the cancer had returned, and once again Payton was in for the fight of her life.

“As parents, Cheyenne and I had a little cry, holding hands, right after talking with the doctor by phone, and then we were in ‘go-mode’,” said Payton’s mom Andrea. “The unfairness of having to talk to your child about going through cancer treatments again is heavy.”

After learning the devastating news, the family had one day to prepare themselves before starting the journey all over again, this time with more variables and more unknowns. They moved to Edmonton for a six-month hospital stay for chemotherapy in preparation for a bone marrow transplant in Calgary.

“My heart was strong, yet breaking for her,” said Andrea. “It was very important when we talked with our kids to be positive and explain things as we knew them. We made it very clear that the most important thing is that we would all be together and we will always do what is the very best for their health.”

The bone marrow transplant was a dramatic procedure, but it worked. Payton bounced back, stayed true to her word and was able to finally beat cancer “no problem.” On day 100, she made the exciting announcement through a Facebook Live video. The family began preparing for another return home to Estevan as they took the final steps to wrap up Payton’s treatment – for good. In the weeks leading up to Christmas, Payton required surgery to remove her Broviak Line and port. Shortly after, Payton’s wish of being home for Christmas came true.

“The whole family was very happy to be moving home permanently. Now, we can put it behind us and get back into routine, school, activities and work,” said Andrea. “Looking back, it’s more emotional now than it was in the moment because our heads had been so occupied and we were always on the go with whatever we had to do next. After it’s all done, you realize everything you’ve gone through.”

“We’re so proud of Payton for being so courageous throughout her entire journey,” says Sash Broda, Manager, Development and Engagement at Jim Pattison Children’s Hospital Foundation. “Even while she battled in hospital, she never once backed down from any duties as Champion. We are so excited to see her thrive in this next stage of life and we will always be thankful for all that she’s done to help our province’s kids and families.”

Payton’s journey compelled her to share her story to show other kids that cancer doesn’t have to be scary. Payton and her brother Beckham launched “The Cancer Sucks Project” to fundraise for Jim Pattison Children’s Hospital Foundation to help kids just like her. What started as a fundraising goal of $5,000 has turned into something larger than they ever imagined simply by selling Double Lolly Suckers for $1 each as well as fidget spinners and collecting donations during school presentations. To date, Payton has raised over $35,000 for Jim Pattison Children’s Hospital Foundation and continues fundraising at every opportunity.

Stay tuned to our social media channels as we unveil the 2019 Champion Child on January 17. 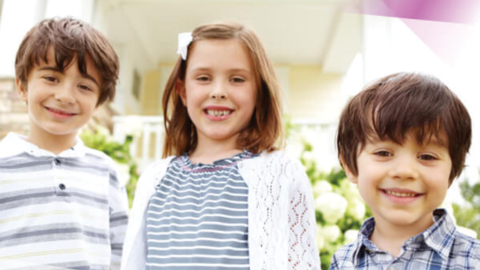