Thanks to Rider Nation for supporting healthy children and families in Saskatchewan through their support of the Co-op-Roughriders Game Day Approved product line. 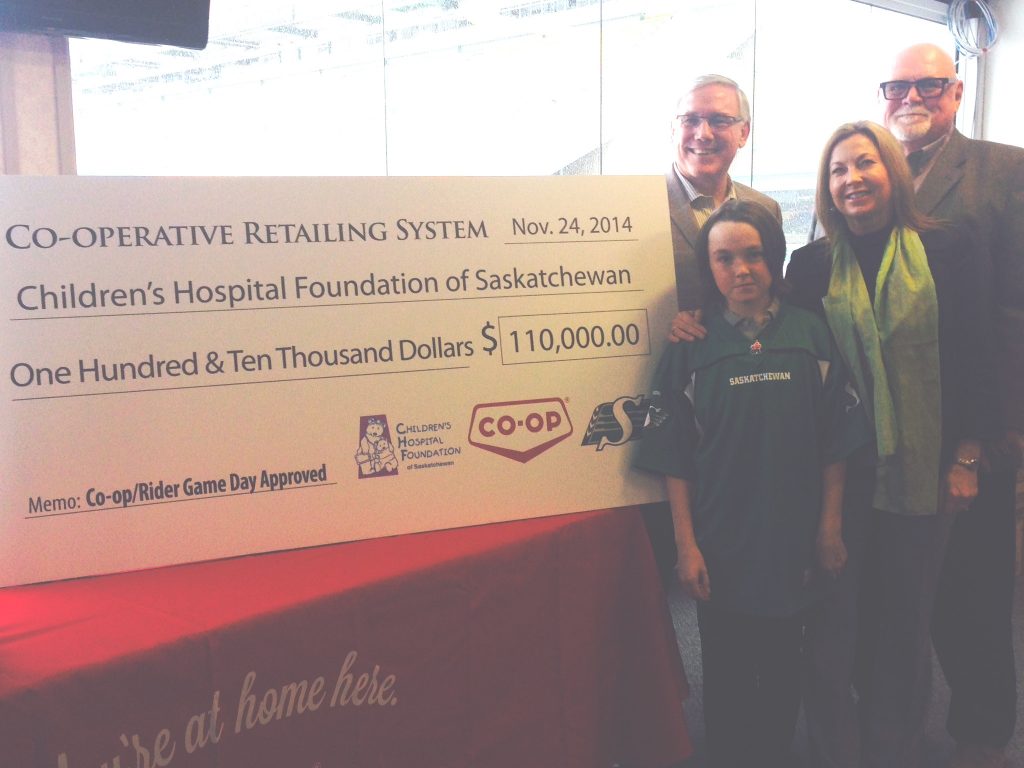 “We have been fortunate to receive so much support from our local retail co-ops, Rider Nation and Co-op shoppers on this initiative,” said Vic Huard, Vice-President of Strategy at Federated Co-operatives Limited, on behalf of the Co-operative Retailing System. “This success is truly a team effort and demonstrates what we can do for our local communities when we all work together.” 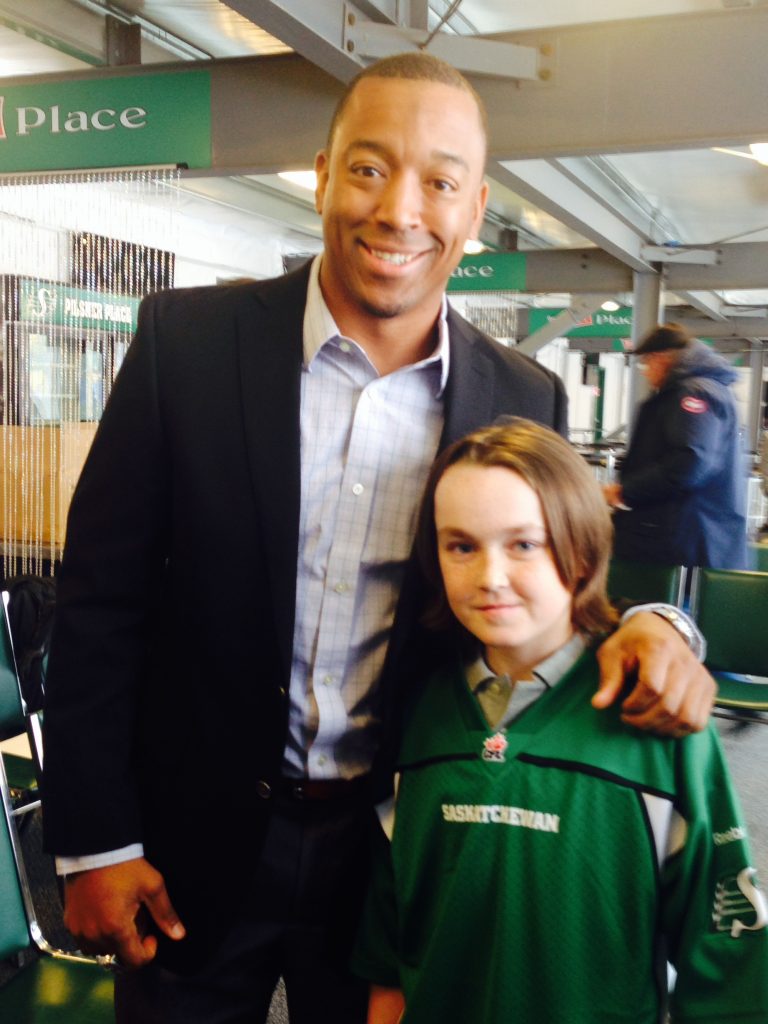 At the announcement Monday, former Roughrider Geroy Simon spoke to school children from Argyle School about staying active and being healthy. Simon has previously been featured on Game Day Approved products and continues a relationship with Co-op with his Coats 4 Kids charity being presented by the Co-op Refinery Complex.

The partnership also brought Saskatchewan Roughrider players to Co-op stores across Saskatchewan and gave fans a chance to vote for their team to win game tickets. Roughrider fans accounted for 34 per cent of the 58,855 entries, a slim lead over Winnipeg’s 33 per cent. Calgary and Edmonton followed with 25 per cent and eight per cent of the vote, respectively.

“The Riders are proud to partner with an organization such as FCL who strives to maintain the same corporate values,” said Steve Mazurak, Saskatchewan Roughriders Vice-President of Sales and Partnerships. “The Children’s Hospital Foundation of Saskatchewan represents a provincial need near and dear to both of our hearts and we’re incredibly proud to announce the success of this year’s Game Day Approved program.” 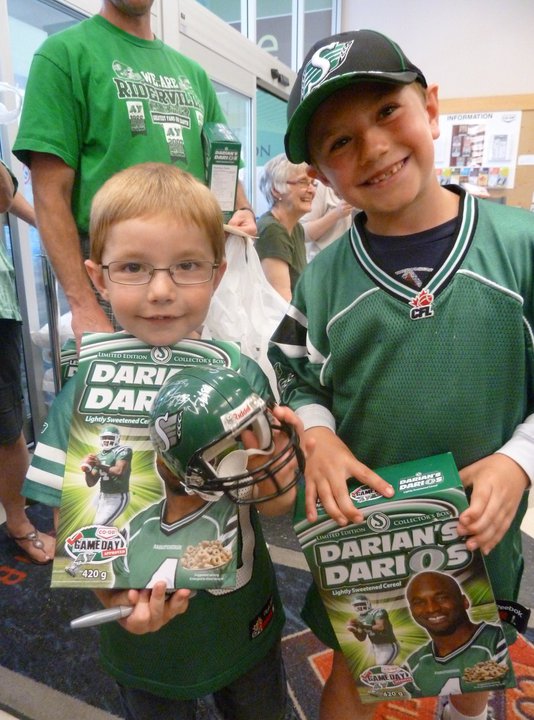 Proceeds from the sale of Game Day Approved products are in addition to the $5 million donation over five years to the five western Canadian children’s hospital foundations, of which the Children’s Hospital Foundation of Saskatchewan received $1.7 million.

“We are very grateful to Rider Nation and everyone who has supported the Game Day Approved product line. This is truly an incredible partnership between two organizations who share the same values as our Foundation,” said Brynn Boback-Lane, Children’s Hospital Foundation of Saskatchewan President and CEO.

“We believe in supporting families, children and communities across the province and it’s evident through the philanthropic commitment shown by Co-op and the Saskatchewan Roughriders that they feel the same way. This innovative program and partnership is giving our foundation the tools we need to ensure we are building happier and healthier tomorrows for children and families right across the province. We are proud to be a part of it.”