It’s been a total whirlwind for 11-year-old Bella Arcand since she was chosen to throw the first pitch at the Toronto Blue Jays game just a few weeks ago. But she wouldn’t have it any other way. 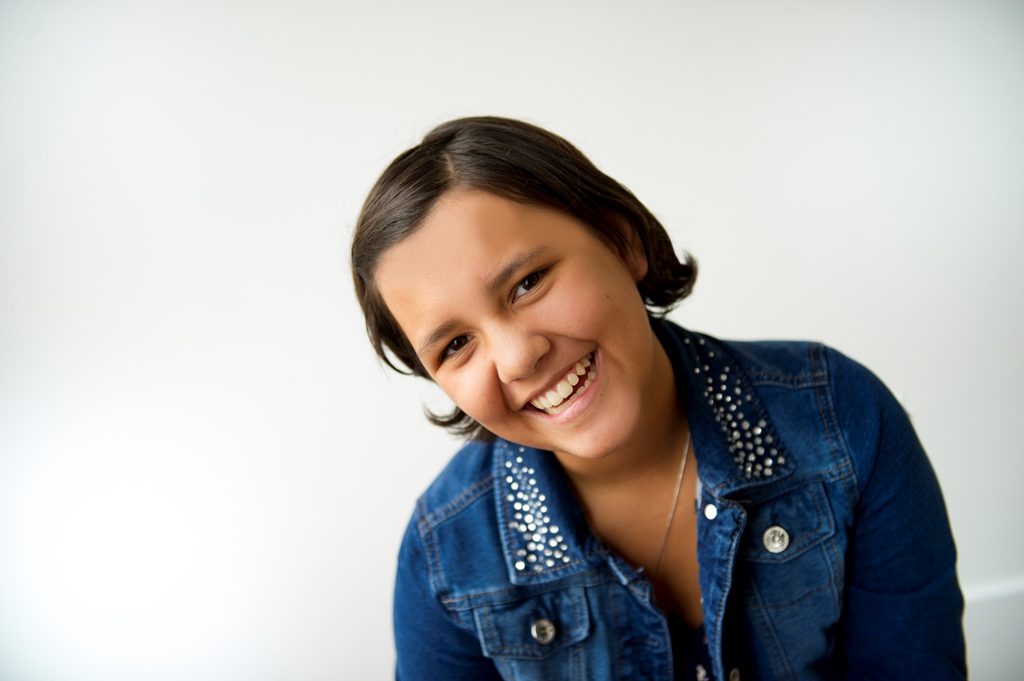 The Saskatoon girl from the Muskeg Lake Cree Nation took to the mound at Rogers Centre today when the Blue Jays took on the Tampa Bay Rays. She was joined by her mom Bev, little sister Ava, and 25 members of her extended family who traveled from across the country to see her big moment.  What’s remarkable about Bella’s story is that just three short years ago, she underwent a headline-making surgery to disconnect half of her brain to treat a rare neurological disease called Rasmussen’s Encephalitis (RE).

Suffering from up to sixty seizures a day, Bella was diagnosed with RE five years ago. The disease causes severe epileptic seizures, cognitive deficits, and in some cases, paralysis of half the body. Resistant to standard anti-seizure medicines, the only known “cure” is a hemispherectomy. Her medical team referred her to the Stollery Children’s Hospital in Edmonton for the complex and lengthy surgery, which took more than eight hours, effectively paralyzing Bella’s entire left side. What followed was a second surgery at the Alberta Children’s Hospital in Calgary eighteen months later, along with many months of painful rehabilitation to learn to walk again.

“Bella is such a special girl. She has gone through so much in her lifetime,” says Jana Len of the Children’s Hospital Foundation of Saskatchewan. “She is the perfect representative for kids from all across Canada who have spent time in children’s hospitals due to sickness or injury.”

Bella was selected by Dairy Queen Canada to throw the opening pitch at the Blue Jays game out of nominations from children’s hospital foundations across the country.  Her big moment was in advance of Dairy Queen’s Miracle Treat Day on August 11th where 100% of net proceeds from every Blizzard sold are donated to Children’s Miracle Network, which supports the Children’s Hospital Foundation of Saskatchewan locally. 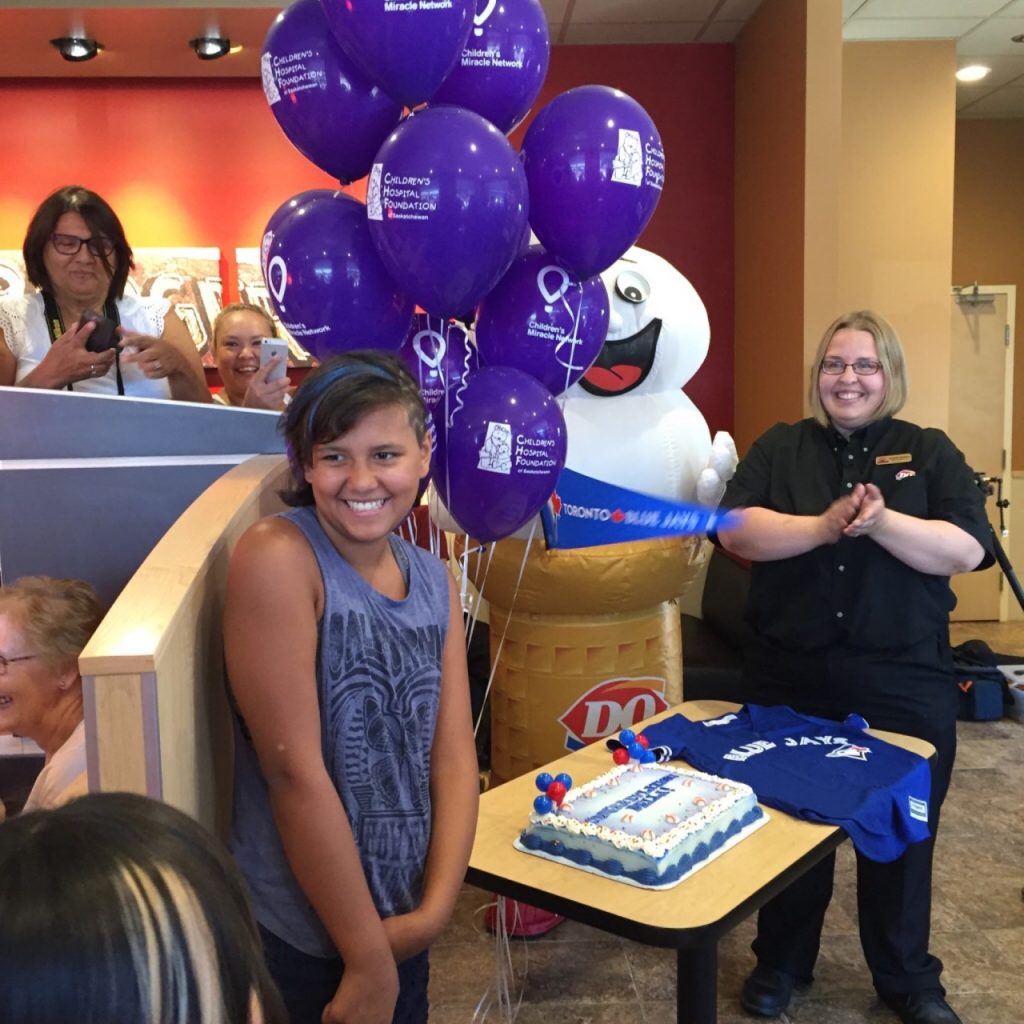 Bella was surprised by the news in late July when, fresh out of the hospital, her mom took her to Dairy Queen where she walked into a celebration in her honour.

“It feels good to represent kids from across the country because we have something to look forward to,” says Bella, who has been an active fundraiser for the Children’s Hospital of Saskatchewan for several years by participating in bake sales, selling bracelets and joining the Children’s Hospital Radiothon. “Being sick doesn’t feel really good and we miss out on a lot of stuff so this makes me really happy and excited.”

Prior to her diagnosis, Bella played t-ball, but only just returned to baseball this year for the first time since her surgeries. She is a member of Little League Canada’s Challenger Baseball, which is a program  providing kids with physical and cognitive disabilities the opportunity to play the game.

On throwing the first pitch, Bella said she is “a little bit scared, nervous, but mostly excited.”

Bella’s trip to Toronto, fully funded by Dairy Queen Canada, includes a tour of Rogers Centre, batting practice with the Jays, and hanging out with Blue Jays mascot Ace. She’s also had a chance to spend time at Canada’s Wonderland and take in Ripley’s Aquarium.

“I want to say how grateful we are to Dairy Queen for not only bringing awareness and contributions to the Children’s Miracle Network and its members but also for bringing comfort to Bella with their Chocolate Chip Cookie Dough Blizzards during some trying times and good times,” says mom Bev. “Thanks also to the Children’s Miracle Network for raising awareness and funds and developing partnerships with organizations to maintain this. And, of course, to our friends at the Children’s Hospital Foundation of Saskatchewan who have been working so hard to make our children’s hospital a reality and we are so close. At the same time, they are working in the present with what’s available to benefit sick and injured kids in Saskatchewan. And, of course, a big thank you to the Blue Jays for this wonderful opportunity.” 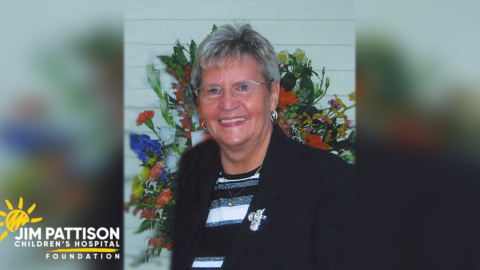 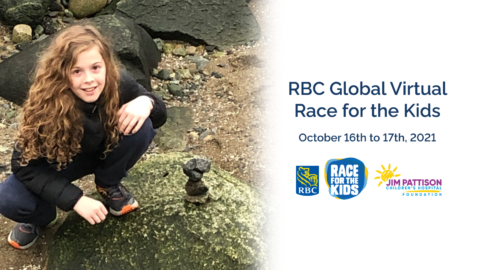 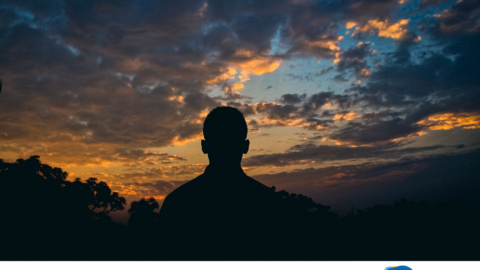