Saskatchewan Kids in Hospital Celebrate the Holidays with Gingerbread Decorating 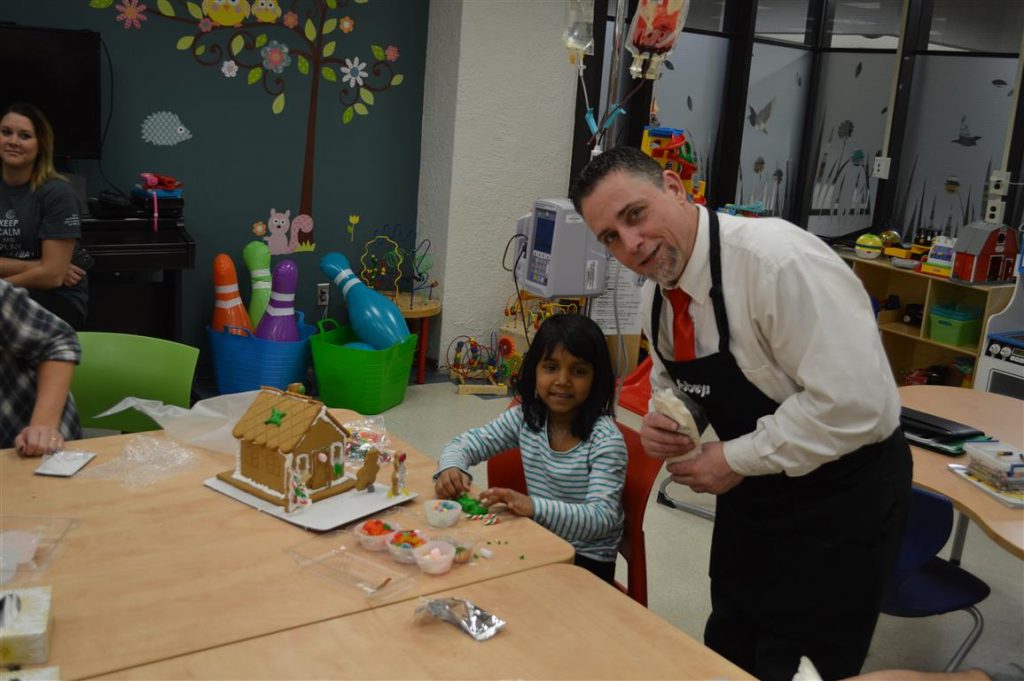 With visions of sugarplums dancing in their heads, children in hospital in Saskatoon received a little extra good cheer last week with a special gingerbread decorating project.

With festive music playing in the background, the Acute Care Pediatrics Playroom came alive as children decorated dozens of candy houses with the help of Sobeys managers, hospital staff and parents.  The activity was a welcomed distraction for those children staying in hospital this holiday season.  One young patient even begged her parents to stay for just a little longer, even after being discharged from the hospital, because she didn’t want to miss out.

“It’s always hard for kids to be in hospital, but no more so than during the holidays and this activity put a lot of smiles on a lot of faces, which is always our goal,” says Kristina Konchak, Major Gifts Manager at the Children’s Hospital Foundation of Saskatchewan. “We’d like to extend a heartfelt thank you to Sobeys for lifting the spirits of kids in hospital this Christmas.”

The gingerbread house decorating was part two of a Sobeys initiative that began in October when $1 from every pumpkin sold in Saskatchewan stores from October 14th – 31st was donated to Jim Pattison Children’s Hospital Foundation.  A total of $12,200 was donated to help Saskatchewan’s sick and injured children.

“As a vital service in Saskatchewan, the Children’s Hospital Foundation of Saskatchewan is there for our customers and employees facing injury or illness – and most importantly, they are there for the thousands of kids at the heart of their mission.  Through the Pumpkins for Patients campaign and the $1 donation for each pumpkin sold, we are proud to play a small part in providing our neighbours hope for health and happiness,” shared Renée Hopfner, Community Investment Director, Sobeys Inc.

You can support Saskatchewan children in hospital this holiday season by donating to the Making Spirits Bright Campaign with the gift of toys, art supplies, and urgently needed maternal and pediatric equipment by clicking here.