As the regular season draws to a close, the Saskatchewan Rush have one remaining home game this Saturday that has tremendous meaning both on and off the floor – Heroes Night, presented by TD in support of Jim Pattison Children’s Hospital Foundation.

“The Saskatchewan Rush are very proud to support Jim Pattison Children’s Hospital Foundation, in partnership with TD,” said Bandon Urban, Business Development and Media Relations Representative for the Saskatchewan Rush. “As we hold our 4th Annual Heroes Night this Saturday, April 27th, all Rush staff, players, and fans are united in supporting Pattison Children’s. We eagerly look forward to when the hospital officially opens, and children of Saskatchewan will have a state-of-the-art facility to receive medical care.”

During the game, Rush players will be wearing special edition Hero Jerseys. These jerseys are currently being auctioned off on the team’s Facebook page, with all proceeds going to the Foundation. The auction will end on Monday, April 29 at 9 a.m. At this point, all winners will be contacted. Fans are also encouraged to make a minimum $10 donation to the personal fundraising page for a chance to win a team signed Heroes jersey.

In celebration of the upcoming game and to honour real-life child superheroes, Rush players Peter Dubenski and Nicholas Finlay, along with team mascot Bruiser made a stop to the Acute Care Pediatrics Unit and Maternal Unit in Saskatoon. The surprise visit was a way of bringing the game to kids in hospital by gifting them with light-up glasses, superhero masks, capes and colouring books. Mothers in the maternal unit received newborn-size jerseys for their new baby.

Other highlights for Heroes Night include:

“TD is thrilled to be the official bank of the Saskatchewan Rush, and the presenting sponsor of the Rush’s annual Hero’s Night, in support of Jim Pattison Children’s Hospital Foundation. We look forward to this night every year, as it brings our community together. It’s always a high energy game with our champion team, but even more importantly, the evening events raise funds for children, and their families, and ensures they receive the support they need.” – Ryan Barclay, district vice-president Branch Banking, Saskatchewan, TD Bank Group.

“We are delighted to be a part of this important partnership with the Saskatchewan Rush and TD,” said Brynn Boback-Lane, president and CEO of Jim Pattison Children’s Hospital Foundation. “We encourage everyone to come out and support this great initiative. With the opening of our new maternal and children’s hospital just a few short months away, this is a critical time for fundraising to ensure this new hospital meets the needs of children and families across the province.” Tickets for Heroes Night can be purchased here. 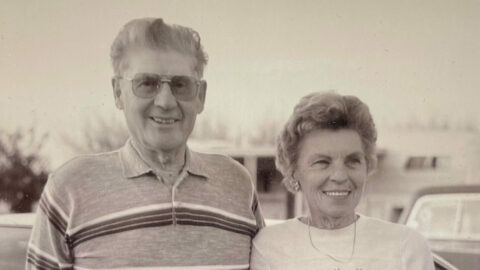