Volunteering is a Way of Life for Comeau Family

Volunteers are often what organizations depend on to start conversations about ideas that at first seem unreachable. They knock on doors to help raise funds about a cause and gather people together to work towards a common goal.

When the idea to build a children’s hospital first started circulating over two decades ago, Sandy and husband Jack Comeau were the first volunteers to lend a hand.

Their decision to volunteer for the Saskatoon family was inspired by a neighbour who worked for one of Jim Pattison Children’s Hospital Foundation’s founders.

Sandy first volunteered with the Children’s Hospital Foundation telethon broadcast on Global TV. When the annual 36-hour telethon ended in 2004 she moved onto the Teddy Bear Bash, which aimed to raise awareness for a new hospital and helped lesson anxiety kids may have had about visiting a children’s hospital.

“There were people dressed up as nurses and doctors at every station. There were tons of volunteers helping to put on band-aids, give pretend needles and x-ray stuffed animals and dolls. It was great. The kids loved it.”

When the Teddy Bear Bash, held in both Saskatoon and Regina, was discontinued in 2005 Sandy volunteered and chaired the Foundation’s annual gala fundraising event. Her current volunteer role is chair of Jim Pattison Children’s Hospital Radiothon, a position she has held for six years. The 16th annual event in Saskatoon, held in early 2018, raised over $600,000.

“It is always important to give back especially when it comes to raising funds and awareness for a children’s hospital. As a parent, you never know when you or if someone you know is going to need it,” said Sandy. “It is just important to help out whenever you can. Some people help out with money, while others help with their time.”

Her philosophy on giving back is something she instilled in her three daughters at a very young age. When Sandy started working for the Telethon, her husband Jack gathered volunteers to build the telethon’s first phone banks. Jack also worked the phones.

As their family grew, daughters Stephanie, Sarah and Jessica would help out by babysitting kids during the telethon, selling root beer floats in the mall, dressing up as doctors and nurses for cheque presentations and helping set up for fundraising events.

Jack said volunteering as a family is something special you can share for a lifetime.

“It makes it that much more worthwhile and fulfilling when your whole family is involved in a worthy cause.  You share a common goal and can be rewarded when progress is made,” said Jack.

A couple of years ago Stephanie Comeau, who is a teacher at Bishop Roborecki School in Saskatoon, held a PJ Day fundraiser, which raised $3,013 for Jim Pattison Children’s Hospital Foundation’s Young Heroes League.

Stephanie said looking back on her volunteer work creates a huge sense of pride and accomplishment. It is something she hopes will continue with her own family when the children’s hospital opens next year.

“Being there from the beginning as a child and choosing to be involved as an adult and encouraging others to support Jim Pattison Children’s Hospital Foundation has paid off.  I can now say that I was part of this great community when I walk through the doors of the new children’s hospital with my own family,” said Stephanie.

In 2012, the Foundation honoured the Comeaus’ volunteer efforts with a National Philanthropy Award for their efforts.

Sandy said winning awards for volunteer work was never the goal when she started volunteering, but that’s still a nice feeling to be recognized.

“It made me feel proud that we were recognized for our contribution to the foundation. At the same time we were humbled and honoured that they wanted to recognize us for something we feel everyone should do as part of a community,” said Sandy. “The foundation also shows their appreciation for everything their volunteers do. It’s nice to be needed and to know that your time and efforts are always making a difference.”

“It takes the hard work of many dedicated volunteers to help with fundraising to build a children’s hospital,” said Brynn Boback-Lane, President and CEO of Jim Pattison Children’s Hospital Foundation. “The Comeau family has been with us since the beginning. They started by building awareness, through help with our telethons and still help with our Saskatoon gala and radiothon. Volunteers like Sandy Comeau, Jack and their wonderful family have made our dream of a children’s hospital possible.” 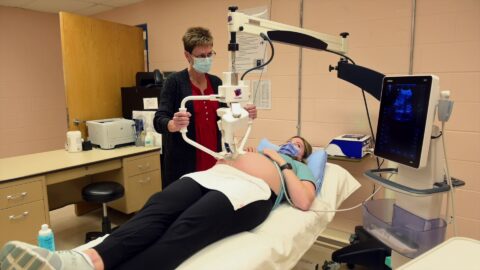 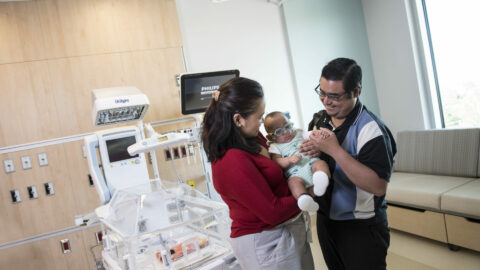