Cohyn Wells has racked up some impressive stats this year. This rising star has done over two dozen media interviews, traveled over 10,000 km to represent children across North America, hung out with players from the Saskatchewan Roughriders, and was signed to a one-day contract with the Saskatchewan Rush lacrosse team as their first Junior Rush player. It’s all in a day’s work for this ten-year old from Moose Jaw. 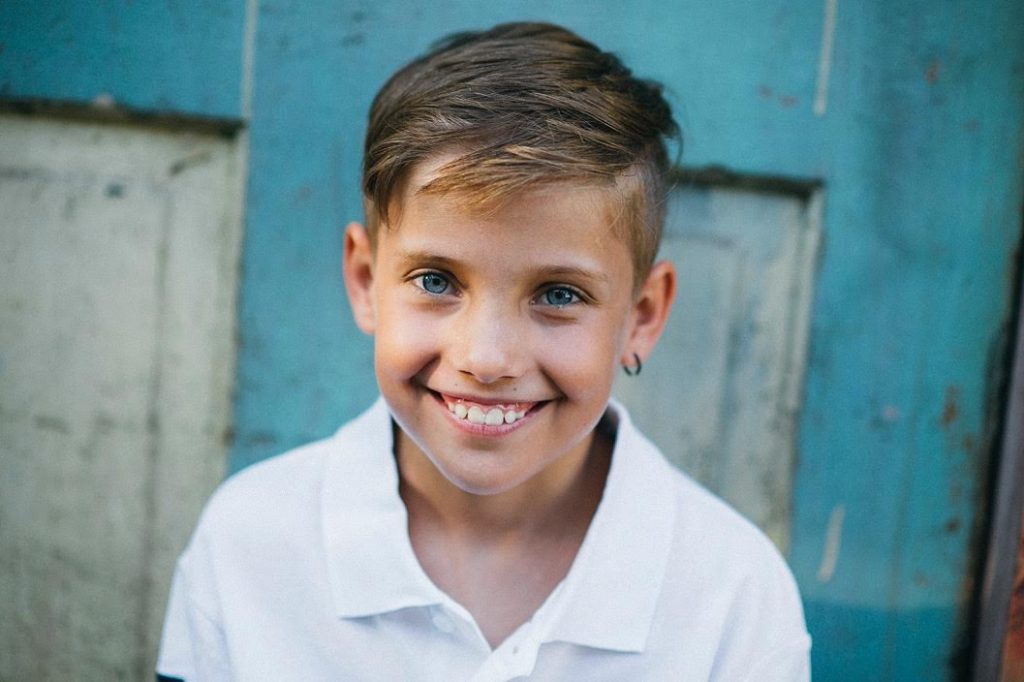 Cohyn was selected as the Saskatchewan representative for the Children’s Miracle Network’s Champion Program presented by Walmart. As 2015/16 Champion, Cohyn has acted as the ambassador for the Children’s Hospital Foundation of Saskatchewan at events across North America. He has delivered speeches to crowds of up to 650 people, appeared in newspapers across the province, and has been a guest judge and ambassador at fundraisers across Saskatchewan. While his activities over the last year have been impressive, his medical story is all the more remarkable.

Cohyn had his first surgery when he was less than a day old and has already had 15 surgeries in his short life. He has Spina Bifida, Hydrocephalus, and a Chairi Malformation II, which means that he was born with a structural defect in the part of his brain that controls balance. Cohyn has also since developed syringomyelia, a rare, progressive disease that affects his spinal cord. Every one of his surgeries has been accompanied by a lengthy hospital stay and an exhausting recovery period. Even though Cohyn has pain most days, he is a kind-hearted, funny, and adventurous young man.

Cohyn has rallied his school, William Grayson in Moose Jaw, to host a Jammin’ 4 Kids school fundraiser in support of the Children’s Hospital Foundation of Saskatchewan. He also held a lemonade stand with his friends this summer, raising $230.

“We really need a children’s hospital in Saskatchewan and I want to help,” explains Cohyn. “I can hardly wait for the day it opens.”

As a regular visitor to the pediatric ward in Saskatoon with a bird’s eye view of construction on the new Children’s Hospital of Saskatchewan, Cohyn and the Wells family are keen to share the need for a children’s hospital here at home.

“To have a place that is not only equipped for treating our sick kids, but also making it a space where they can still be a kid, that’s huge. No longer will it be a place where you go and lay in a bed for hours each day, hoping to leave soon. They will be able to learn about their treatments in a fun way, they will be able to take their minds off of their treatments, and be able to play while getting better,” says Cohyn’s mom Kristyn, who first learned that Cohyn would have medical challenges when she was 19 weeks pregnant. “As a parent there is nothing harder than watching your child go through something so difficult, and watching the light in their eyes dim. With the new hospital you will see the light in their eyes again, watching them be able to play, and forget about the tough times for a bit.”

As Champion, Cohyn, his parents, and two older brothers travelled to Toronto to meet with Champions from across Canada. The Canadian Champions had a chance to visit the CN Tower, Ripley’s Aquarium, and the Hockey Hall of Fame. In Orlando, the Wells family toured Walt Disney World, and met celebrities like Miss America and actor/rapper Nick Cannon as well as characters like Mickey and Minnie Mouse.

“The whole experience was incredible, we feel so blessed to be able to help raise funds for something that will benefit not only our family, but so many others as well,” says mom Kristyn. “To know that we are helping to achieve this goal, that’s better than anything else we got to do this year, and what we did was truly incredible.”

About the Champions Program