You Can Help Kids

Give a Gift, Save a Life 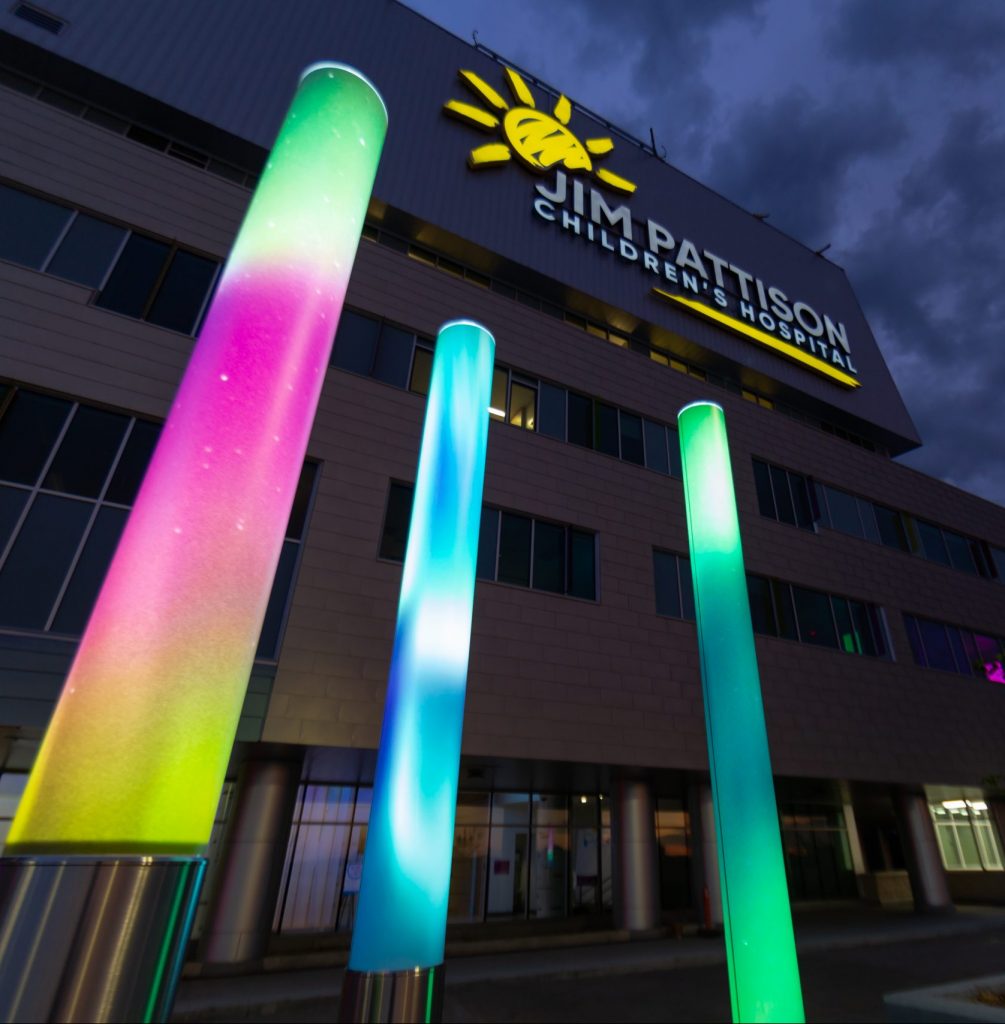 While the doors to Jim Pattison Children’s Hospital are open, the work to protect and care for our most vulnerable children and moms-to-be has only just begun. Our focus has shifted from building our province’s first maternal and children’s hospital to now enhancing its critical operations and programming.

At-risk children and mothers travel far and wide from all corners of Saskatchewan to access the dedicated professionals and critical services offered only at Jim Pattison Children’s Hospital. Life-threatening heart conditions, cancer, medically complex care, serious mental health issues, and preterm births are a reality so many families face. To ensure they get the best care possible, we need your help.

It’s going to take everyone in our community pulling together in support of Saskatchewan children and mothers in hospital to ensure the health of our next generation. 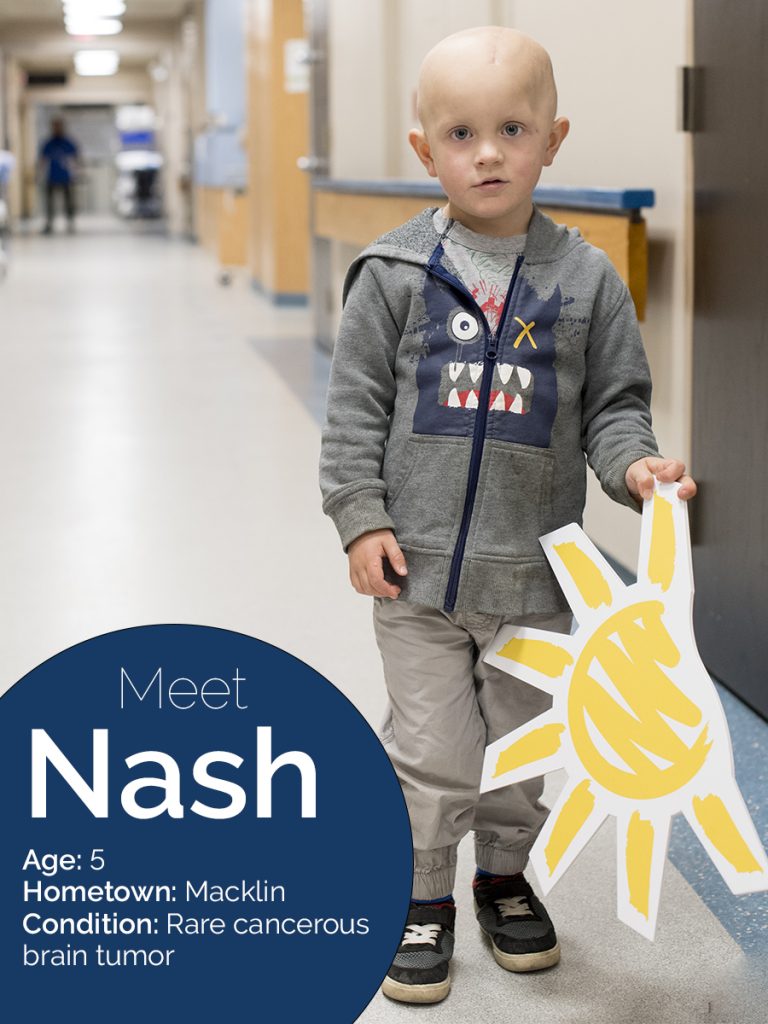 In December 2018, a trip to the emergency in Saskatoon from the family’s home in Macklin was necessary. A CT scan later that same day revealed a 10-centimetre brain tumour on the left side of Nash’s head.

Two days later, Nash underwent an eight-hour surgery and 90 per cent of the tumour was removed, with a portion remaining which was wrapped around some major blood vessels. Nash also suffered a stroke, which impacted his speech and the right side of his body. Nash was diagnosed with a rare cancerous tumour, also called a central nervous system primitive neuro-ectodermal tumour (CNS-PNET).

Since January 2019, Nash and his family have travelled from Macklin almost weekly for his chemotherapy treatments at Jim Pattison Children’s Hospital, and is now receiving treatment in Calgary as well. Nash has also spent dozens of days of isolation due to his compromised immune system. For his family, practicing precautions such as social distancing, disinfecting surfaces and handwashing have been an everyday reality over the last 18 months.

For a minimum monthly donation of $20 or more, you can become a member of the Sunshine Makers Club.

A gift to "honour" someone or "in memory" of someone who has passed away is a wonderful donation to make.

Plan an event to raise money in support of Jim Pattison Children's Hospital Foundation. We'll get you started with resources and support.

Just let your family and friends know that this year, instead of gifts, you would like them to donate to Jim Pattison Children's Hospital in your honour.