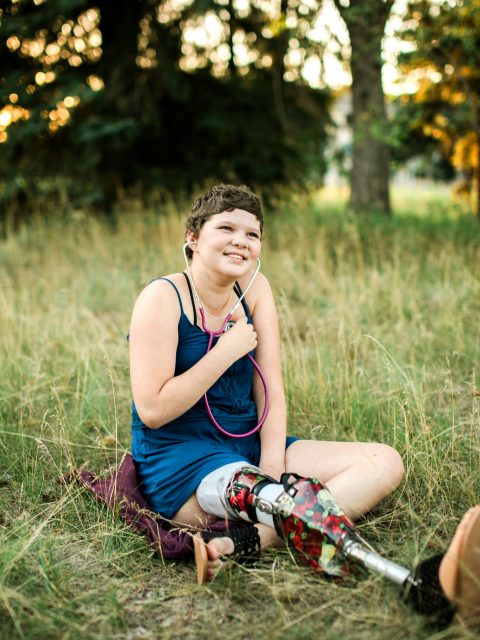 At just 10 years old, Brooklyn understood the devastating effects of cancer, but what she didn’t understand was how it could possibly happen to her.

She vividly remembers the day she found a lump on her right leg. Little did she know that horrifying moment was the beginning of the fight of her life. Unsure of whether or not the lump was serious, she was taken for x-rays and scheduled for further testing. Shortly after she fell and broke her femur, which was followed by additional tests only to be diagnosed with Osteosarcoma, a type of bone cancer. She’s not one to dwell on bad news, but this was a bitter pill to swallow.

“Right away our hearts sank,” says Brooklyn’s mom, Sheri. “On Monday she found a lump on her leg and by Friday we found out it was cancer. We knew it wasn’t good when we were told to come back again and again for more tests over the course of just a few days, and we weren’t told why until they were sure of the diagnosis. It all happened so fast and there’s no way we could have prepared ourselves.”

Brooklyn and her parents travelled to Edmonton in October 2016 for a rotationplasty surgery, a procedure where her ankle was made into a knee joint. It was the best alternative to a full above-knee amputation, allowing her to still do the things she loves. Losing a limb is hard enough, but it was especially hard on Brooklyn because she was away from her three other siblings who stayed back home in Saskatoon. 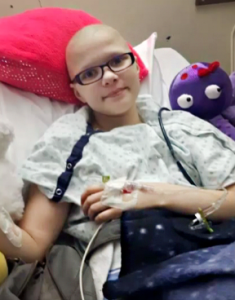 “Having my siblings around would have made it so much easier,” says Brooklyn, now 11 years old. “I felt nervous before my surgery and knowing they were so far away made me feel even more scared and lonely.”

The hours following surgery were a major adjustment for Brooklyn and her family. She was doing well on an emotional level, but she was fading in and out of consciousness. The life-changing surgery meant life would never be the same. Medical staff worked on her for over three hours as her blood pressure plummeted.

“Those three hours will always haunt us – they lasted for what seemed like eternity,” explains Sheri. “We thought we were going to lose her, but we just kept telling her ‘stay with us, Brooklyn, there’s a surprise coming.’”

After a desperate three hours, Brooklyn’s surprise walked through the door. Her three siblings, including her twin sister, had travelled to Edmonton so that the family could be together for Thanksgiving, even if it meant eating in the hospital. The moment Brooklyn realized her siblings were in the room, she began to come out of shock.

“Having the surgery at home in Saskatoon would have meant more support from family and Thanksgiving wouldn’t have felt so unusual,” says Sheri. “The environment of a children’s hospital is what would have helped Brooklyn feel at home and more like herself.”

For the past year, each moment for Brooklyn and her family has been spent clinging onto hope and leaning on the support they share among one another. Amidst the fog and daze they were in every day, they always remembered that battling cancer is a marathon, not a sprint.

Brooklyn completed her last chemotherapy on April 7, 2017 and all her MRI results showed good news. She will continue with checkups with an orthopedic surgeon as well as regular physio appointments throughout the year. Since she spent all summer in the hospital last year and was previously on crutches, she is eager to get out this year to enjoy the sunshine with her friends and family.