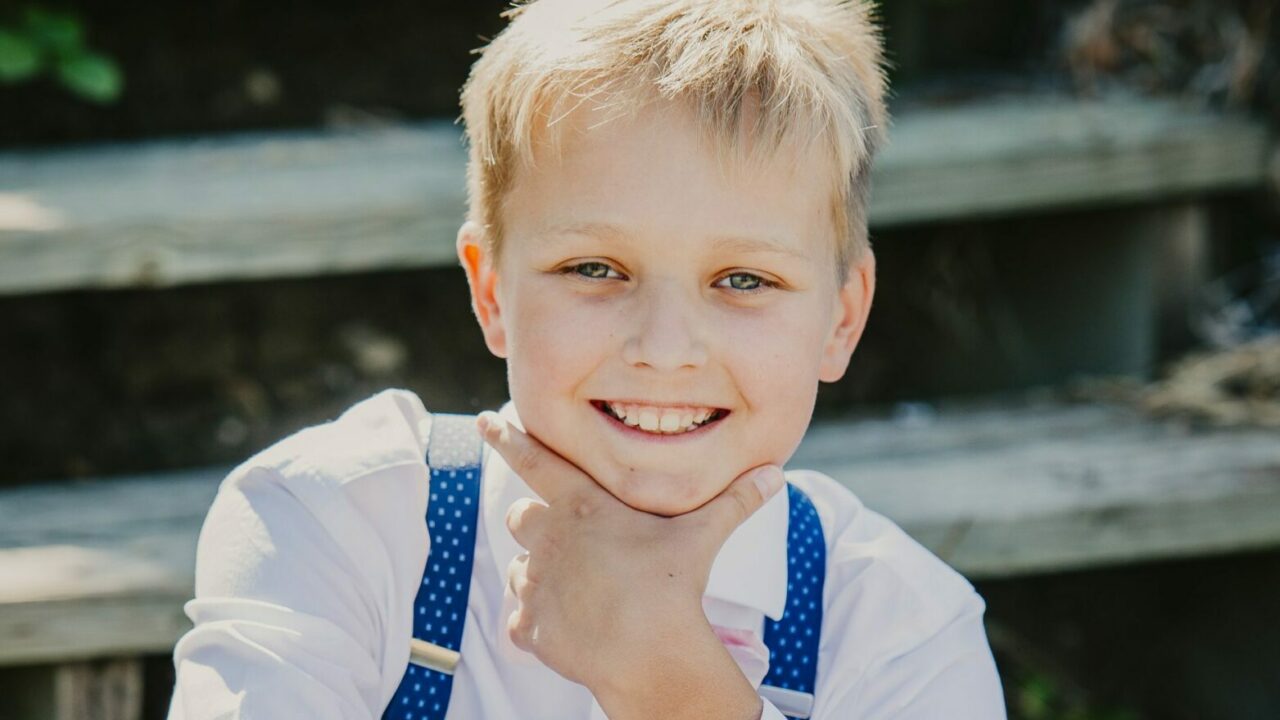 In May 2021, 11-year-old Eli from Elbow, SK told his parents he was having issues with urinating, which led to a visit with his family doctor and a subsequent ultrasound. His family was shocked to learn that they found a large mass on his bladder. They were sent immediately to Jim Pattison Children’s Hospital (JPCH) Emergency and were admitted to the hospital the very same day. Treatment planning moved quickly and Eli was prepped for major surgery to have the tumor and his bladder removed on May 23rd.

“I just went numb. You never think your kid is going to get cancer. Eli was very, very healthy up until this point. It really took the family off-guard and caught us by surprise,” said Eli’s dad, Rob. 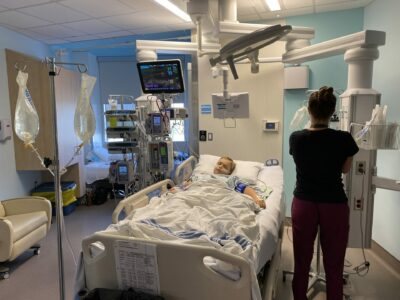 Eli recovered in the Pediatric Intensive Care Unit for a week before being moved to the Inpatient Unit at JPCH. Then, his recovery stalled after he was diagnosed with C-Diff, a bacterial infection that causes severe diarrhea and colitis.

Eli slowly recovered over the next few weeks and he was officially discharged exactly one month from when they were admitted. Pathology revealed that Eli had Pseudosarcomataus Myofibroblastic tumor of the bladder. A very rare condition that affects only one person or less each year in Canada with the only treatment being 100% removal of the bladder. 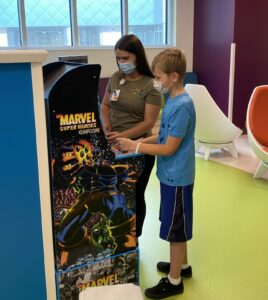 After a short stay at home, Eli became sick again and was taken back to Children’s Emergency and diagnosed with Hydronephrosis, a swelling of his kidney(s) due to a build-up of urine. After a week in hospital, he was once again released.

“When the diagnoses came back there was a whole team of specialists behind me, which made it feel like one of the best places in Canada for me to go for what I had,” said Eli. “My favourite part of the hospital was when I was able to go to the Child Life Zone. It was very fun. It wasn’t the recreational therapy where they made you challenge yourself, whereas this you just got to have fun.”

Eli is now recovered and back in school, taking shop class, playing volleyball and golf. Eli continues to be followed by Oncology with scans every few months at Jim Pattison Children’s Hospital.

“It’s a huge relief. I can’t really put into words how much it means to have the children’s hospital so close to home. The fact that we were able to easily go back and forth from Elbow to Saskatoon, and we knew Eli was getting the best care. If something came up, within the day there was a specialist looking in on him. I am so grateful this is a part of Saskatchewan,” said Eli’s mom, Janell. “Eli is doing awesome. He’s had a fantastic attitude and found the positive side in all situations and he just brings joy to our lives.” 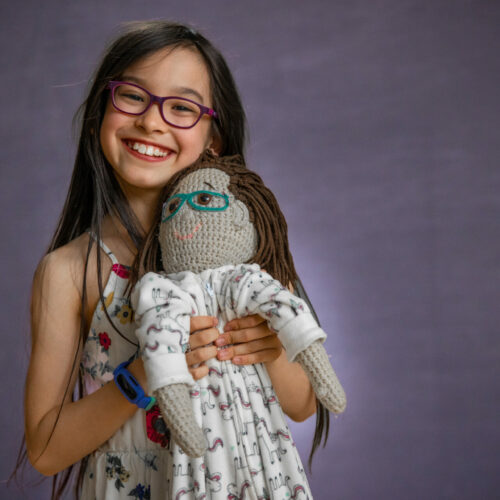 At the age of 10, Kherington has already received over 2,000 needles, multiple surgeries, and…