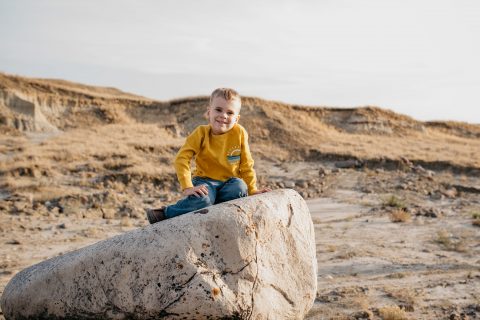 Imagine not being able to lift your baby under his arms for six weeks. For Finley’s parents, it was a long six weeks filled with helplessness.

Born full-term and seemingly healthy, Finley didn’t show any initial complications. Questions began to rise, however, when his parents and medical staff noticed that he wasn’t interested in eating. Rolling him off into a special care nursery was the next step they took to figure out the problem, until Finley began showing abnormal breathing patterns. This was the beginning of Finley’s journey through painful heart troubles. 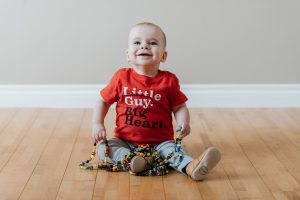 “They put him in the Neonatal Intensive Care Unit for a week, which was especially hard because we have two other children,” explains Finley’s mom Amanda. “It was only a week but no parent wants to experience even a day like that with their newborn.”

Finley had developed aspiration pneumonia and was required to take antibiotics, but matters became worse throughout the week. After a vast amount of treatment and further testing, it was confirmed that little Finley had a heart defect.

The Weyburn family flew to Edmonton the next day in hopes of getting into surgery as soon as possible. They waited a week and at two weeks old Finley underwent a painful procedure for coarctation of the aorta, meaning that his aorta had a narrowed section. The surgery, called a thoracotomy incision, was needed in order to reach his aorta to remove the narrowed section and put it back together again. The procedure was the alternative to an open-heart surgery, and was especially unique because Finley’s heart was operated on through his left side. 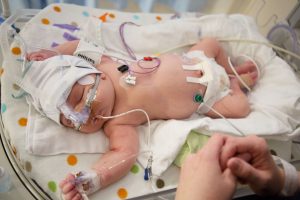 “I know it was as overwhelming for Finley as it was for us, even though he couldn’t really know what was going on,” says Amanda. “It broke our hearts to think about how much pain he might be in.”

Finley’s recovery after surgery was mostly positive, but also had its ups and downs as he developed into the strong one-year-old he is today. The family spent a total of 28 days between hospitals in Alberta and Saskatchewan and throughout the past year he had many appointments in Regina with a cardiologist from Saskatoon.

Although Finley isn’t expected to need another surgery any time soon, he does need an echocardiogram and electrocardiogram once a year. Having a children’s hospital in Saskatchewan would mean that Finley and his family can all be together when future procedures or appointments are necessary.

“We are so thankful that the specialist can meet us in Regina, but being closer to home throughout the entire journey would have been so much better,” says Amanda. “Our family members weren’t able to visit because Edmonton was a long ways away, but having them there would have given us the in-person support we needed, which would’ve helped us to get more of a grasp on the situation.”