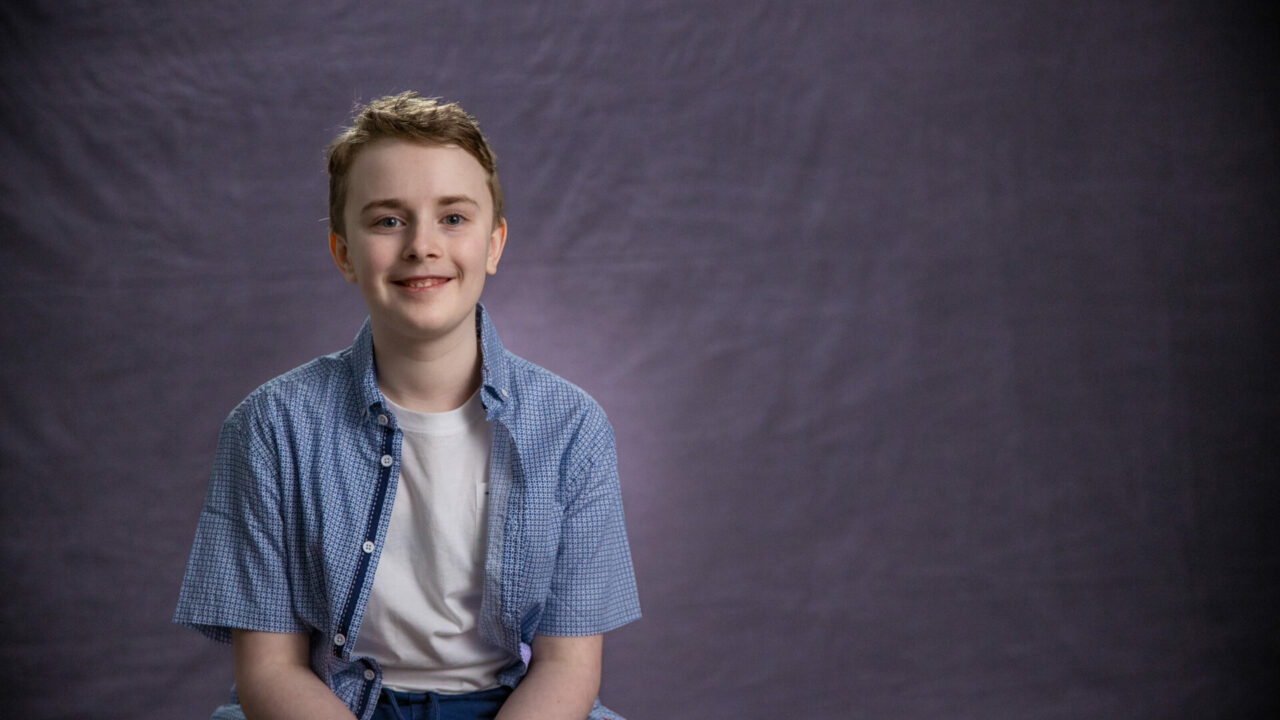 Mason was only 8-years-old when his mom, Rhea, noticed that her son’s health was declining. What began as regular stomach aches for Mason quickly turned into severe stomach pains that never went away, constant fevers that would often go as high as 104 degrees, and dehydration and malnourishment. Anything Mason ate or drank would cause him severe pain. 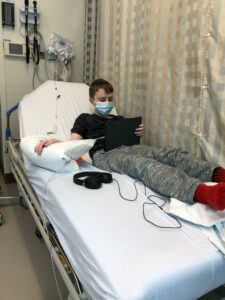 No matter what Mason’s family and doctor tried, the symptoms wouldn’t budge; they only grew larger and more persistent. It was then that Mason’s family doctor referred him to the new Gastroenterologist at Jim Pattison Children’s Hospital, Dr. Nicol.

After numerous months running tests and restricting Mason’s diet, he was diagnosed with Crohn’s Disease. Crohn’s Disease is extremely complex and complicated to diagnose since the symptoms are different in every individual. Mason said, “I didn’t know why I was getting the tests or what was happening to me, I just knew I was in pain all the time. It was really scary, some of the tests hurt and I was doing a lot of it and I just didn’t want to do it anymore.”

“We didn’t know if he was going to come out of it, we thought we were close to it being the end (of Mason’s life). We didn’t know if any of the treatments were working,” explained Rhea. “People should care about the hospital because you never know when you’re going to need treatments that are going to save your child’s life.”

It’s been four years since Mason received his diagnosis of Crohn’s Disease. Every month, Mason travels from his home in Regina to Jim Pattison Children’s Hospital for treatments. “I get an IV in my arm and I have to sit in the hospital bed and be still for 4-5 hours,” explained Mason. “Now that I’m getting all my treatments it feels like I’m living more of a normal life than I was before. I don’t feel as sick, I just feel…normal. I can hangout with my friends and have sleepovers now.”

Mason’s fight is ongoing. Crohn’s Disease is an incurable condition but with the treatments Mason is getting, it can be managed. Like Mason, the people needing the specialized services of Jim Pattison Children’s Hospital are your family members, neighbours, co-workers and friends. Let’s not forget about the incredibly talented medical professionals working within the hospital, offering life-changing and life-saving treatments. Your support also helps them perform their best work now and into the future. To support kids like Mason, please donate today. 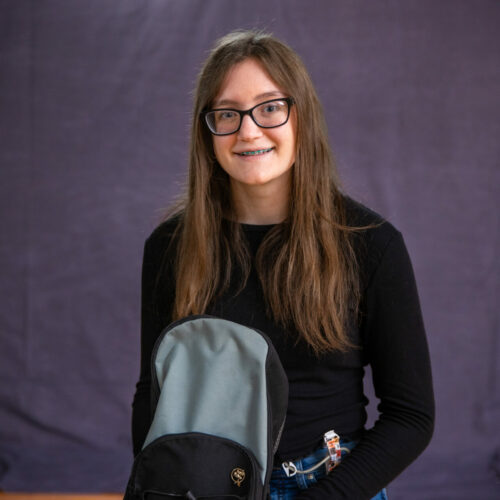 Even though Clara has suffered from a multitude of chronic illnesses, she has shown strength…