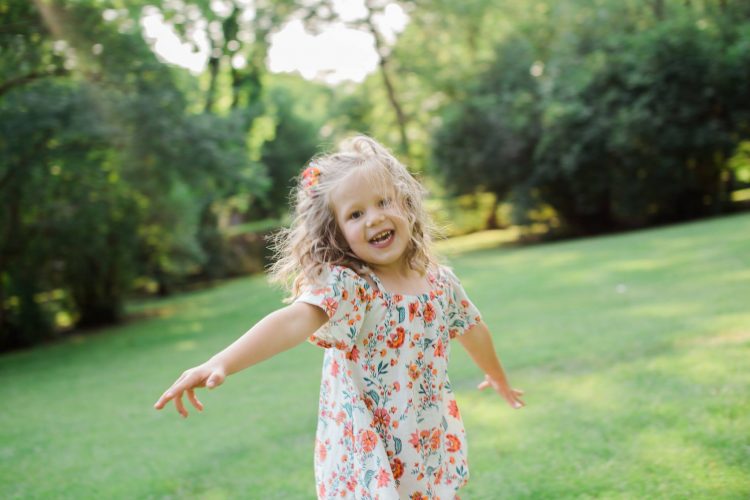 The earth-shattering discovery of baby Gemma’s heart defect came only 20 weeks into her mom’s pregnancy. It was the beginning of an emotional journey for the young Saskatoon family.

Gemma was born with a double inlet left ventricle with a corrected transportation of the great arteries. Essentially, she had half a heart. Luckily she had her left ventricle, the stronger of the two pumping chambers. Her blue and red blood mixed into one chamber, which meant she never got fully oxygenated blood to her body. Newborn baby Gemma was close to going home but her oxygen saturation levels prevented her from doing so as they were dangerously low. It was then determined that Gemma would need heart surgery.

At only 10 days old, Gemma underwent her first surgery in Edmonton called the Norwood procedure, which helped transport more blood to her lungs through a shunt tube. It was the first hurdle of many as she was flown back to Saskatoon after what seemed like a successful surgery, but little did her parents know this scary chapter wasn’t quite over yet.

“The four days after her first surgery were filled with celebration because she seemed to be doing so well and we thought the troubles were over,” says Gemma’s mom Rachael. “But when we landed in Saskatoon that night, something was off.” 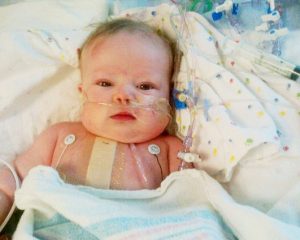 Gemma was rushed back to Edmonton shortly after arriving home because the shunt had clotted and no blood was getting through. An emergency procedure was performed at 3 a.m. to remove the clot. Even in the wee hours of the night, Gemma’s parents and older sister were right by her side.

Throughout each surgery and recovery period, Gemma kept up to speed with her regular growth patterns and responded well to interaction. However, her parents were hyper-aware of the possibility of another setback. It was an emotional tug-of-war as she seemed to be doing incredibly well, but then a new hurdle would appear and require more strength.

“The highs were so full of joy but also scary because she had a history of taking a few steps back after taking one step forward,” says Rachael. “She was doing well in cardiology and between each surgery and she was able to nurse which is rare for a heart baby.”

Another surgery was needed when Gemma was four months old after getting a cold and having her oxygen saturations drop again. The surgery, called a Glenn procedure, meant blood from her head and arms was connected to her pulmonary artery, allowing it to go straight to the lungs. She was kept in hospital for five days and showed her usual signs of positive recovery, but the hardest part of each hospital visit, as Rachael describes, was seeing other kids and babies not doing so well. Having little privacy in the hospital made for a less than ideal atmosphere for two parents already experiencing distress with their newborn’s health.

While the family thought they had been through enough with Gemma’s heart troubles, along with an emergency surgery in Edmonton, plus the expensive travel costs, it didn’t compare to Gemma’s fourth surgery at age two. It was a hurdle considerably larger than the previous few. The surgery, called a Fontan procedure, meant that blue blood from her stomach and legs was brought to the pulmonary artery, allowing it to once again flow to the lungs. Recovery was a long-haul, but Gemma still powered through and slowly but surely began to reenergize.

“Getting a two-year-old to feel calm about surgery and take oral medications every 30 minutes was not an easy task,” says Rachael. “She resisted each time and was in a lot of pain. I never imagined my toddler having to live this way.”

For Gemma and her family, it was well worth the push to get over the hurdles. She has an incredibly uplifting spirit that shines through in her gymnastics, ballet and tap dance classes. She is now a happy five-year-old, ready for kindergarten and her heart does the job it’s supposed to do. Her oxygen saturations are at 100% which is rare but Gemma has defied all the odds! 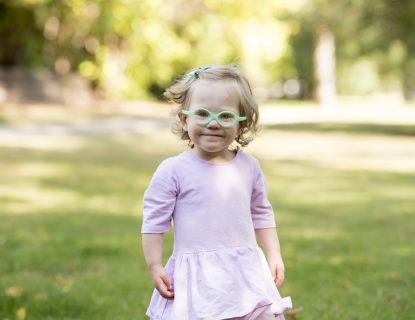