Montreal Canadiens alumni lace up for kids in hospital

Relive the best years of hockey with the Montreal Canadiens Alumni game coming to Saskatoon on Thursday, Feb. 27 at Merlis Belsher Place. 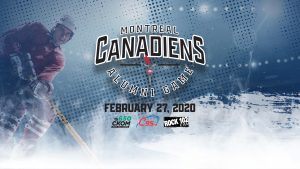 Puck drop is at 7 p.m. on Feb. 27. Tickets are on sale for $25 each and $20 for students. If you are an avid Habs fan, VIP tickets can be purchased for access to a post-game meet and greet with the team.

“The Montreal Canadiens Alumni team is composed of some of the most beloved players in Habs history, who will be taking part in this wonderful event to raise funds for Jim Pattison Children’s Hospital Foundation. We haven’t visited Saskatoon since 2017 and we are excited to see all of our fans in the prairies,” said Brian Da Silva, Montreal Canadiens Alumni sports coordinator.

“We are very excited to be teaming up with the Montreal Canadiens Alumni to bring this action-packed event to Saskatoon,” said Stacie Lawson, manager, development and engagement at Jim Pattison Children’s Hospital Foundation. “We are looking forward to an entertaining evening, which ultimately supports our province’s kids and families and helps sustain our state-of-the-art facility.”

Tickets are available here and at the door.