New hospital ‘would have meant the world’ to former Champion Child

Jim Pattison Children’s Hospital has been a dream come true for many. Fifteen years ago, it was simply an idea that Matthew Epp was advocating for. 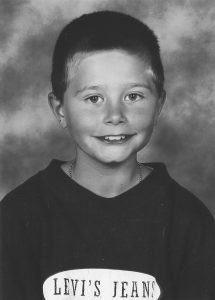 Matthew was named the 2004 Champion Child for the Foundation, which was then named the Children’s Health Foundation of Saskatchewan. During that year, Matthew was the representative for all sick and injured children across Saskatchewan. The 11-year-old boy from Fiske helped promote the importance of children’s health care at various events including Radiothon, Celebrity Dinner, Global Telethon, and travelling to Ottawa, where he met the Prime Minister and continued on to Orlando for a Children’s Miracle Network event.

“He was so honoured to have been chosen as Champion Child. It gave him a purpose because he felt like he was helping somebody,” explained Matthew’s mother, Nicole. 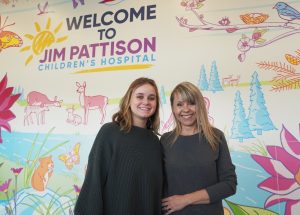 Nicole and Emma, Matthew’s sister, made a stop into the new Jim Pattison Children’s Hospital.

“At that point, we were only talking about a dedicated space for children. A mini version of this to be more welcoming and child-friendly. He was thrilled with that idea, so I can’t imagine what he would think of this,” said Nicole, while taking in the sights of the Jim Pattison Children’s Hospital lobby.

Before Matthew was even two-years-old, Nicole found a lump on his abdomen. Matthew was diagnosed with Wilm’s Tumor, a cancer of the kidney. His right kidney was removed and he began chemotherapy and radiation treatment. 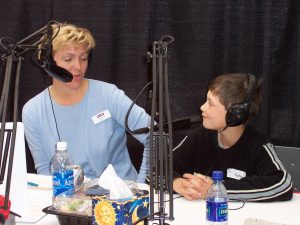 His whole life revolved around cancer treatments and cancer remissions, as he relapsed three times. Matthew’s big smile and compassionate heart continued to carry him and those around him through tremendous challenges that he faced in his young life before he sadly passed away in 2009 at 16 years old.

The Epp family has since moved to Victoria, but during a recent trip to Saskatchewan, Nicole and Emma, Matthew’s sister, made a stop to see the new hospital.

“The hospital is beautiful and right away it felt more comfortable,” said Nicole. “To be able to have something like this hospital, I think it would have meant the world to Matthew.”

Matthew’s legacy continues to live on, with his name featured on the “In Memory” wall in Jim Pattison Children’s Hospital. Matthew was also a published author of the book Hope and the Dragon, a story he wrote when he was 11 years old about a boy using the powerful values of hope, faith, courage and love to defeat a dragon. 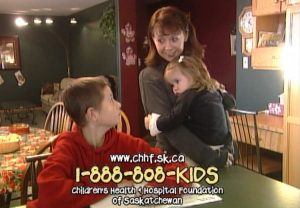 You can read about this year’s Champion Child, Blake Wheeler, here.