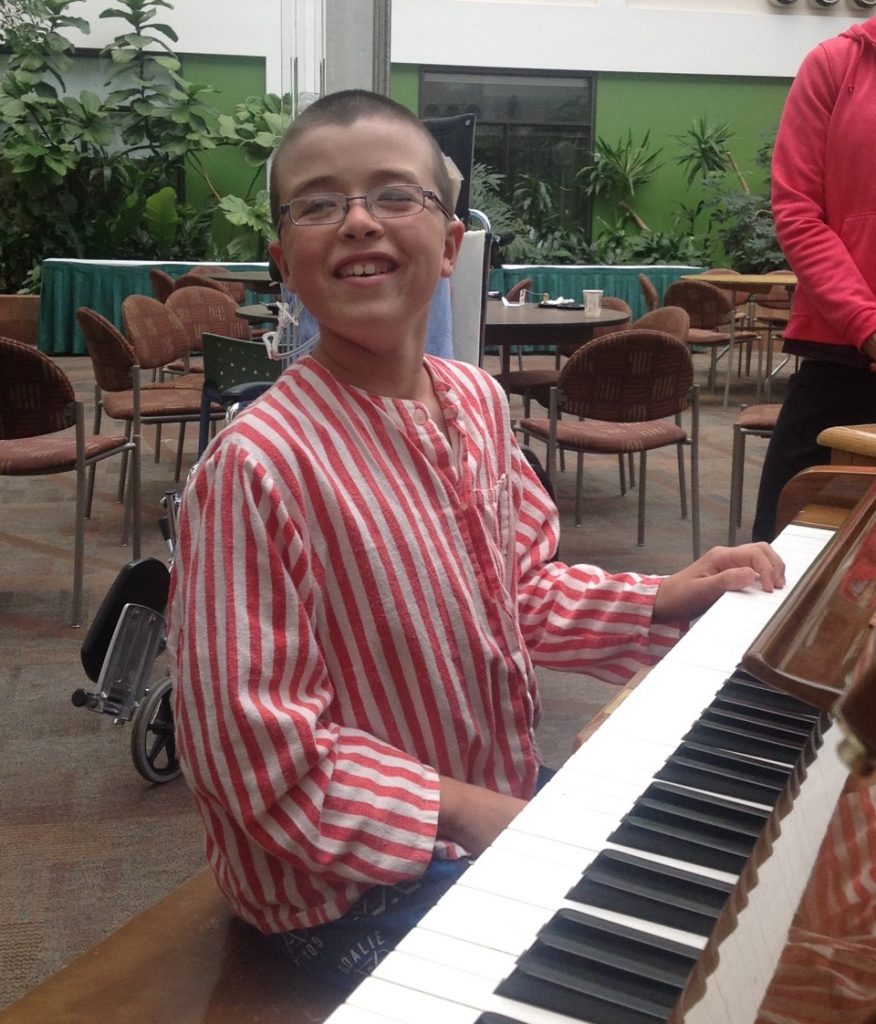 Music helps manage symptoms and improve quality of life for little patients. It is a natural intervention for pain, and it bridges language, age and culture. It can promote creativity, self-esteem, communication and independence – and give little patients a break from doctors, tests and treatment to have some time doing something normal and fun.

Benjamin’s gift has helped to purchase instruments and equipment, storage and display cases, and to provide training to staff at the children’s hospital.

Benjamin and his family found out first-hand how important music can be when a child is in hospital. Benjamin was a bright, active boy from Kipling, Saskatchewan who could fill a whole room just by walking into it, and he loved music. One day when Benjamin was 11, he got very sick. He was rushed to a Regina hospital, where it was discovered he had a brain tumour that had ruptured, and then to Edmonton for emergency surgery.

In the days after, he gradually relearned a lot of activities, including talking and walking. One special day about 2 weeks after surgery, the medical staff said he was well enough to leave his room to play the piano. After working hard on his recovery, getting out of his room and back in front of a keyboard was a pretty big deal. After that day, staff brought a portable keyboard to his room, and Benjamin spent a lot of time sitting on the edge of his hospital bed playing for anyone who wanted to listen – or just for himself.

Benjamin’s cancer was aggressive and he died December 25, 2013, exactly 6 months after his tumour was found. In honour of Benjamin and one of his greatest loves, his family and friends have chosen to help children at Jim Pattison Children’s Hospital make and enjoy music.