doNate the Gift of Life 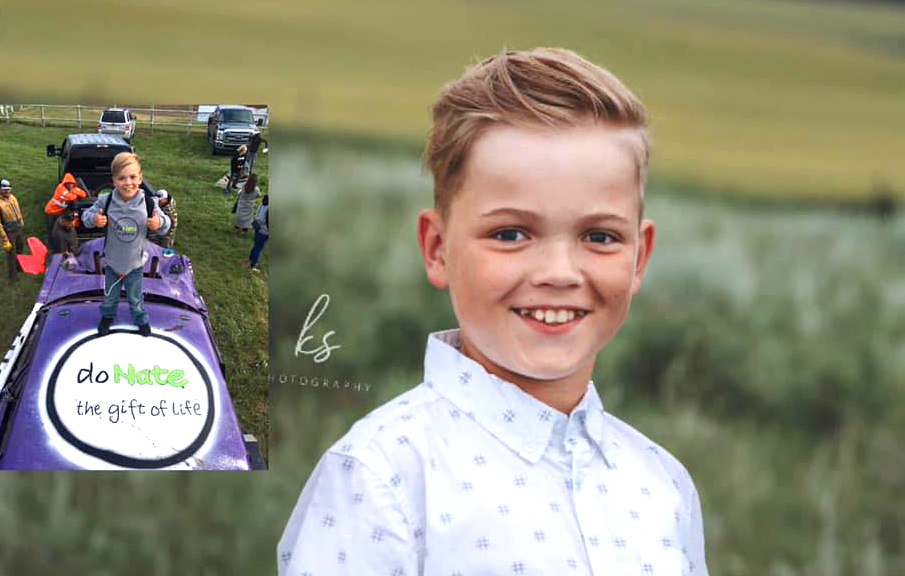 Inspire change, make a difference, be a hero, and doNate now.

Nate was born in 2008 with Gastroschisis (when the intestines are developed outside of the abdominal wall). Since birth Nate has spent a large majority of his life in hospital.

He currently battles survival and is living with Intestinal and Liver Failure. In December of 2018, he was officially placed on the list for an intestinal and liver transplant. At that time, his family noticed his name “Nate” was in the word “donate”, and the doNate the Gift of Life campaign began. Since then, the family from Maymont, Sask. began selling “doNate” apparel including bunnyhugs, t-shirts, tanks, hats and stickers. With the money raised off the sales, they are giving it back to organizations close to their hearts.

In August 2019, after more tests and procedures were performed on Nate, the Transplant team decided to change his transplant to a multi visceral transplant, which now includes his stomach, duodenum, intestines and liver.

You can also make a direct donation in honour of Nate on this personal fundraising page!