by The Sarker Family 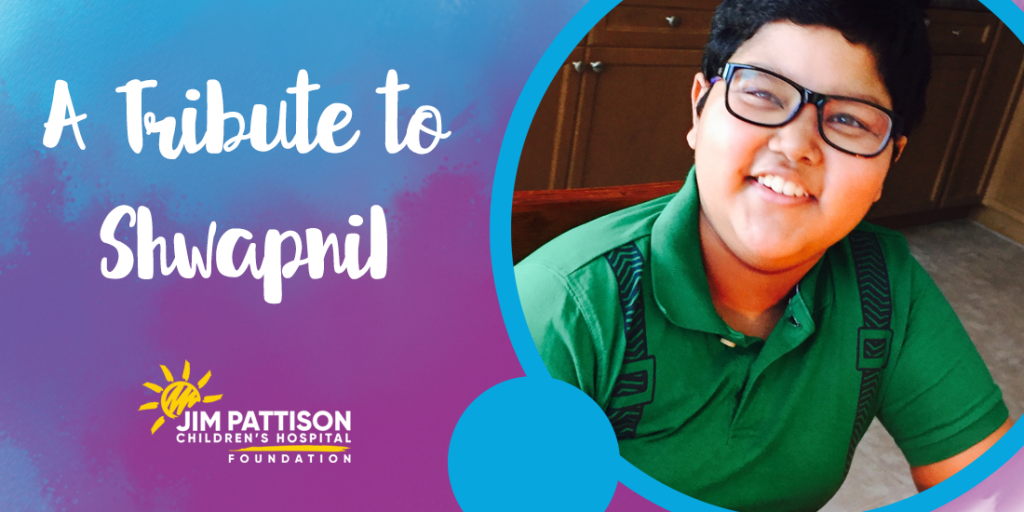 A tribute to Shwapnil will support gaming equipment and other comfort items for long-term patients unable to leave their hospital rooms.

Shwapnil Sarker was a typical 12-year-old boy, who loved to play, swim, eat pizza and hang out with friends. He was lovely, charming, honest, shy and wise beyond his years. 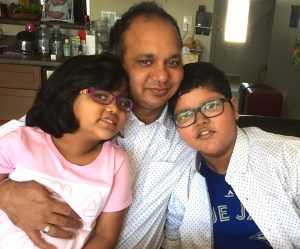 Shwapnil fell very ill while on vacation visiting family in Bangladesh in 2015. While he had been receiving physiotherapy back home in Saskatoon for what was thought to be an athletic injury, new tests revealed a large tumour in his right lung.  His family rushed him back home to Canada where they received the devastating news that Shwapnil had metastatic Ewing’s sarcoma.

After spending a month at SickKids in Toronto for treatment, Shwapnil was transferred home to Saskatoon to continue another 14 rounds of chemotherapy.

With his condition stable by the summer of 2016, Shwapnil slowly started to get back to his normal life, providing hope to his loving family. Unfortunately the reprieve was short-lived as his cancer returned in the spring of 2017. 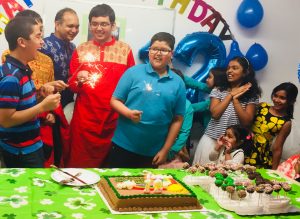 Traditional treatment was no longer working and Shwapnil was referred to St. Jude’s in Memphis, Tennessee, but after a year of experimental medications, nothing was working.  His family had exhausted all options, yet the tumour continued to spread. The family shifted their focus on enjoying the time they had left together, ensuring Shwapnil’s comfort and care for the time that remained. Sadly, Shwapnil passed away on November 19, 2018.

When in hospital, it was Shwapnil’s love of gaming that brought him the most joy during his long stays, as video games helped him escape. Now his family is continuing the bright boy’s legacy by giving back to Jim Pattison Children’s Hospital.

To honour the memory of Shwapnil, donations will go to support gaming equipment and other comfort items for long-term patients who are unable to leave their hospital rooms. There is also an opportunity to name a space in Jim Pattison Children’s Hospital in honour of Shawpnil.