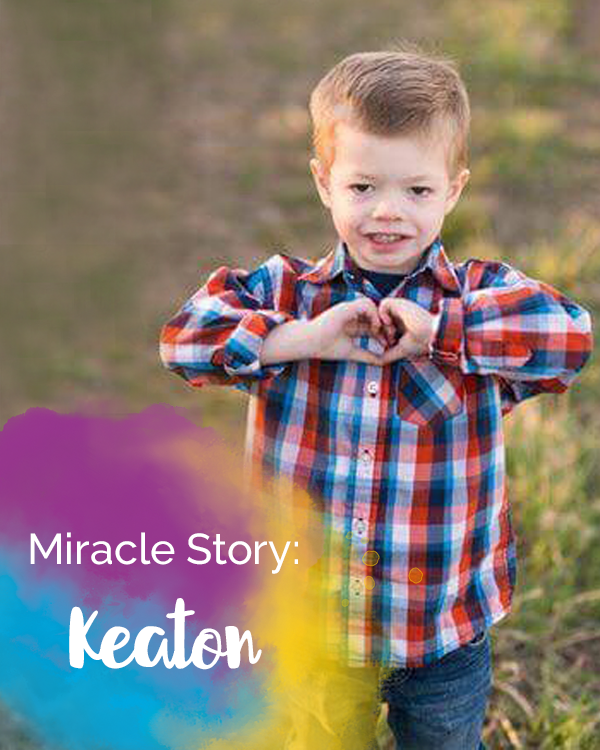 Make a donation in honour of Miracle Story Keaton in support of the Jim Pattison Children's Hospital Radiothon!

The heart is everything to the body, so when Keaton of Prince Albert was in need of a transplant, the fear was paralyzing for his family.

As a newborn, Keaton’s heart appeared to be normal. It was developed and wasn’t missing any parts, but when doctors discovered the lack of blood circulation to his body, they knew something was wrong. The shocking discovery became more real when no medication or surgery could fix the problem. Keaton’s heart simply wasn’t working properly.

A heart transplant was the only option to give Keaton a chance to grow up and have a future. Before he could even get on the transplant list, he required a three-week hospital stay in Edmonton to grow healthy enough for the life-altering surgery. He was finally able to go home after he was fitted with a portable AED, but was eventually sent back to Edmonton for heart catheterization and transplant.

On April 9, 2014, Keaton received his new heart. He spent 28 days in the Pediatric Intensive Care Unit to recover, and then spent another month in the cardiac ward. Following this, he was moved to pediatric outpatients where he learned to walk and move all over again.

On July 2, 2014, Keaton finally arrived home. He still requires frequent check-ups and is regularly in touch with the transplant team to see about medicine and any changes to his treatment plans. Keaton has gone from 36 daily medications to now six. He is one of the many kids who will, on occasion, call the new Jim Pattison Children’s Hospital home.