Seventeen-year-old Morgan from Prince Albert is on the road to recovery after he stopped to help a stranger and was hit by a passing vehicle.

The grade 11 student was heading home to Prince Albert from Saskatoon on Jan. 14. He stopped on Highway 11 near Neuanlage, Sask. to help a driver who was stuck in the ditch.

Brendan Miller, Morgan’s father, said Morgan was looking underneath the stuck vehicle to see where he could hook a rope and was then hit by a vehicle. 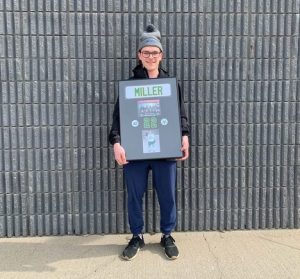 Brendan said people quickly came on the scene to help Morgan, including a tractor driver and a nurse from Prince Albert who assessed Morgan’s condition.

Morgan was then airlifted to Saskatoon and spent two weeks recovering in the Pediatric Intensive Care Unit (PICU) at Jim Pattison Children’s Hospital, the only one of its kind in Saskatchewan.

Morgan’s injuries were extensive including six broken ribs, a shattered shoulder with multiple fractures, damage to his pancreas, a laceration to his kidney and his spleen had to be removed. He also required around 100 stitches to his head. 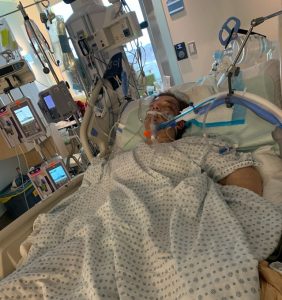 “That was a really good feeling to see him receive such good care. There are some superstars in the PICU. There are some amazing women and men working in there,” Brendan said.

Brendan said it was incredible to see the wide range of disciplines working within the PICU to support Morgan. He said each day around 10 different health care professionals were part of Morgan’s care team such as the trauma team, physicians, nurses, social workers, respiratory therapists, physiotherapists and other pediatric specialists.

Brendan recalled one night in the hospital when a nurse spent time comforting Morgan when he was extremely unsettled and it helped him fall asleep instantly. One of Morgan’s parents was able to stay by his side at all times, as each patient room in the PICU has a bed for a caregiver to stay alongside their child.

“He was quite fortunate that he was super strong and healthy. He lost 40 pounds of muscle during the two weeks he was in the PICU,” explained Brendan. 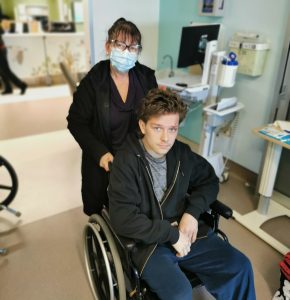 “He’s like a miracle kid,” Brendan said. “He was one of the few people to be directly released out of the PICU to go home. Repeatedly, they were talking about how this is nothing short of a miracle that he has come so far in such a short time.”

After two weeks of care in the PICU, Morgan was able to return home to continue his recovery journey. For the most part, he’s back to being a busy teenager and recently his appetite has even returned. The mobility of his arm and shoulder has been greatly restricted but he’s regained some movement while currently undergoing physiotherapy five days a week.

Donate today to support Saskatchewan kids and families in hospital.