Jason and Desiree Rattray, the parents of 13-month-old William Rattray whose life was lost to sudden heart failure in 2013, have rallied people across Saskatchewan to help create a special “Iron Will” tribute for their son. The $300,000 community gift for the new Jim Pattison Children’s Hospital will support an Ear, Nose & Throat (ENT) Exam Room. 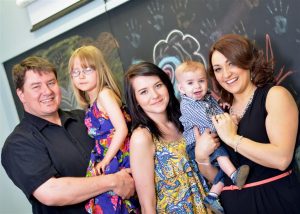 “Will had such an impact on the people who knew and loved him. By naming the Ear, Nose & Throat Exam Room after Will, we are honoured to support Jim Pattison Children’s Hospital Foundation while sharing Will’s story and impact for years to come,” says Desiree Rattray. “We are so grateful for the support of the many people and businesses who helped us reach this incredible goal over the last four years.”

Will was diagnosed with an underdeveloped larynx shortly after birth in 2012, which caused an array of issues including choking, aspiration pneumonia and failure to thrive. His health issues required lengthy hospital stays and several surgeries before he began to rise above his challenges and take on normal stages of development as a baby. At only 13 months old, Will appeared to be doing better than ever until unexpected heart failure in the middle of the night led to his passing in August 2013. 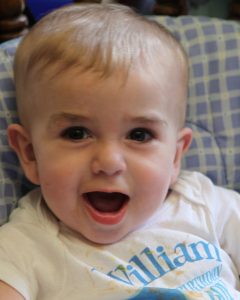 Through his difficulties, Will maintained a strong spirit and set an example of smiling even through the hardest of times, earning him the nickname “Iron Will”. Although his time on earth was short, his family wanted to keep his legacy alive by giving back in his honour. Amidst their grieving, his family along with community friends began an ongoing fundraising initiative for Jim Pattison Children’s Hospital Foundation. It was a way to remember Iron Will and inspire others to be strong like him.

The group of friends and family, called “Friends of Iron Will”, have devoted four years of ongoing support which has grown to become a widespread fundraising initiative. Iron Will’s parents along with ‘Friends of Iron Will’ teamed up with local Regina business, 22Fresh, to sell “Iron Will” T-shirts and hoodies, with all proceeds benefitting Jim Pattison Children’s Hospital Foundation. The clothing gained traction over the years, with strangers sporting the attire, including former Saskatchewan Roughrider Darian Durant. Many who have purchased t-shirts have taken it along during travels around the world as a way of symbolizing Iron Will’s inspiring legacy.

Additionally, many other fundraisers such as a 10-kilometre run in Edmonton, ‘Hayden’s Bike Ride’, cookbook sales, and Farmers Filthy 5K have contributed a large sum of success to help Iron Will’s legacy live on. This year in 2018, Farmers Filthy 5K will hold its last event and take one last lap around the obstacle course. The event will take place in June in Stenen, Sask. 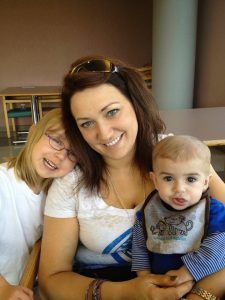 “‘Iron Will’ was a bold little fighter who conveyed an important message of strength, resilience… and yet, still smiled through his most difficult trials,” says Brynn Boback-Lane, President and CEO of Jim Pattison Children’s Hospital Foundation. “Jason and Desiree’s kind-hearted gift to our Foundation will inspire and help other families forge ahead with a similar spirit that will provide courage to overcome adversity in their own pediatric health journeys. Little Will’s zest for life will not be lost as we celebrate his strength and love that continues to be shared through this remarkable gift. We are honoured to celebrate his courageousness in our new children’s hospital with the ENT Exam Room.“

The ENT Exam Room, with the help of Friends of Iron Will’s $300,000 gift, will be a comforting place in Pediatric Outpatients in Saskatchewan’s new Jim Pattison Children’s Hospital for children like Iron Will battling diseases and disorders of the ears, nose and throat. The room will aid in diagnosis and treatment from Otolaryngologist specialists and will feature highly specialized equipment such as the video laryngoscope funded from donations made to the 2018 Jim Pattison Children’s Hospital Radiothon.

Construction of the 176-bed Jim Pattison Children’s Hospital is over 80% completion and on schedule to open late next year.