Nixon Lawson was only two years old when he passed away but his parents have spent the last year working hard to ensure that he will never be forgotten. 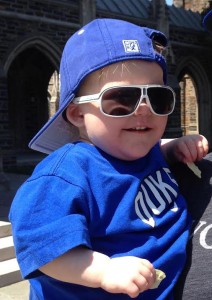 Nixon was born in 2011 with a heart condition and virtually no immune system. His parents, Cole and Shantal, were told by doctors at Shantal’s 20 week ultrasound that their baby’s heart was in trouble. Further tests revealed additional challenges but it wasn’t until after he was born that Nixon was diagnosed with DiGeorge Syndrome.  Children with DiGeorge often have heart defects, poor immune systems, complications from low levels of calcium in the blood, and delayed development. Despite Nixon’s chromosome 22 being normal, his rare atypical complete DiGeorge anomaly of a missing thymus gland (near no T cells) possessed a serious, potentially fatal condition. The challenges for Nixon kept mounting with seizures-like symptoms and additional hospital stays. With his susceptibility to infection, little Nixon was given a life expectancy of just two years.

“It was devastating news,” says dad Cole Lawson. “While Nixon’s illness gave him limitations and made him very frail at times, he never gave up and continued to show strength, courage and bravery which never ceased to amaze us or others around him.”

At six months, Nixon had heart surgery in Edmonton at the Stollery Children’s Hospital to repair his heart defect. Nixon bounced back quickly and was home eight days after surgery. The family was then referred to Duke University Hospital in North Carolina that spring for thymus transplant surgery as it was the only likely treatment option for Nixon. Unfortunately, the transplant was unsuccessful with the few T cells in his body rejecting the thymus tissue.

The community gathered together to fundraise for the young family to 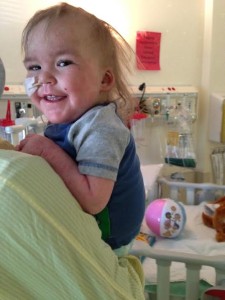 help cover the high costs of their long-term stay in North Carolina with the Nixon Fund. Steak dinners, silent auctions, events and community fundraisers helped provide a cushion for the young family.

Nixon became increasingly sick, which landed him closer to home at the Alberta Children’s Hospital in Calgary for almost four months. Nixon improved enough to return to Duke University Hospital, but passed away on August 24, 2014 while waiting for his second transplant.

In memory of Nixon, the Lawson family created the highly successful Nixon Strong apparel in partnership with Mind.Heart.Body. with 100% of the proceeds being donated to the Children’s Hospital Foundation of Saskatchewan.  Coupled with the remaining proceeds in the Nixon Fund; Cole, Shantal, and Nixon’s little baby brother, Birkley, donated $20,000 to support equipment at the new Children’s Hospital of Saskatchewan. 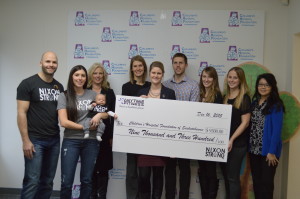 “Donating to the Children’s Hospital of Saskatchewan is very important to us because it gives us pride to hold Nixon’s name with it,” says Cole. “We also know how important it is for children to be treated in a timely manner and that a hospital in Saskatchewan can save a lot of lives. Having experienced a sick child and having to travel to other provinces and countries, we understand the added stress and hardship that will be eliminated with a hospital right here. The main focus for families should be their sick children and they shouldn’t have to worry about all the other things.”