Sick and injured kids in pediatrics in Saskatoon had a special visitor on Friday when Saskatchewan Roughrider John Chick toured the Acute Care Pediatrics Ward.

Chick posed for photos, visited with children and families in the playroom, and autographed footballs for the young patients he met during his tour.

Chick, a CFL all-star in 2014, was in Saskatoon as a guest speaker at the 2nd Annual Knights of Columbus Celebrity Dinner on Friday evening, along with Michael “Pinball” Clemons. The dinner was raising funds for the Children’s Hospital Foundation of Saskatchewan. Last year’s dinner raised over $50,000 and, though the final numbers are not yet in, this year’s event is on track to meet or surpass the 2014 total.

During his visit, Chick, a dad of seven young children (and another on the way), had an opportunity to see the design plans and the construction site for the Children’s Hospital of Saskatchewan. Chick, along with other Saskatchewan Roughriders players, is a familiar visitor to pediatrics in both Saskatoon and Regina. Click the image below to view the gallery! 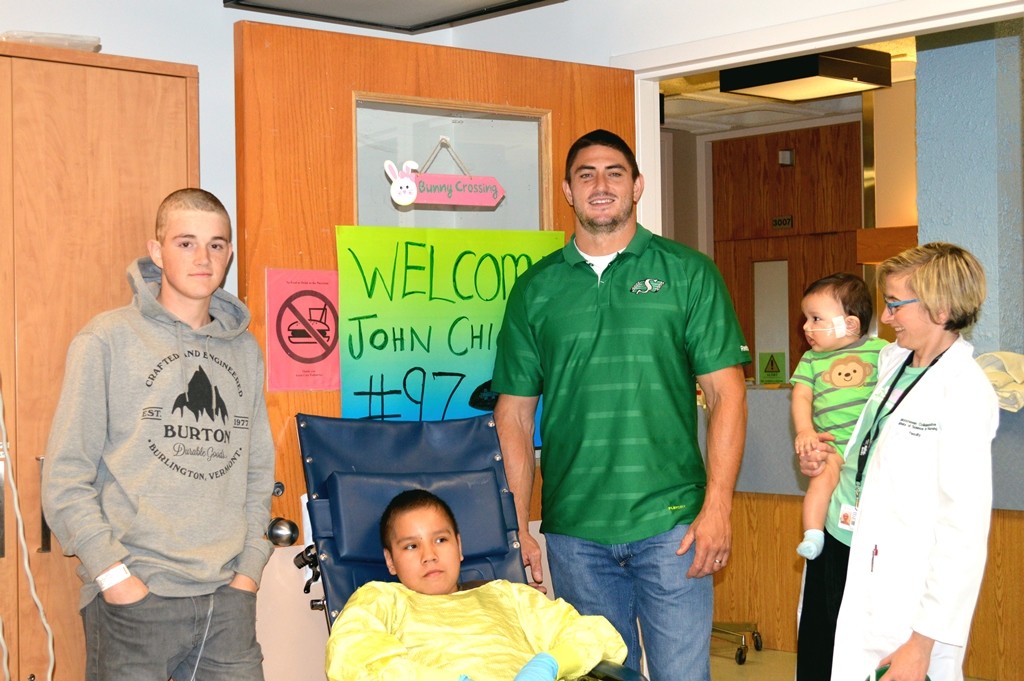