Co-op and Riders ‘Chip In’ for Children’s Hospital

Darian Durant and the Saskatchewan Roughriders are back in the huddle with Co-op. 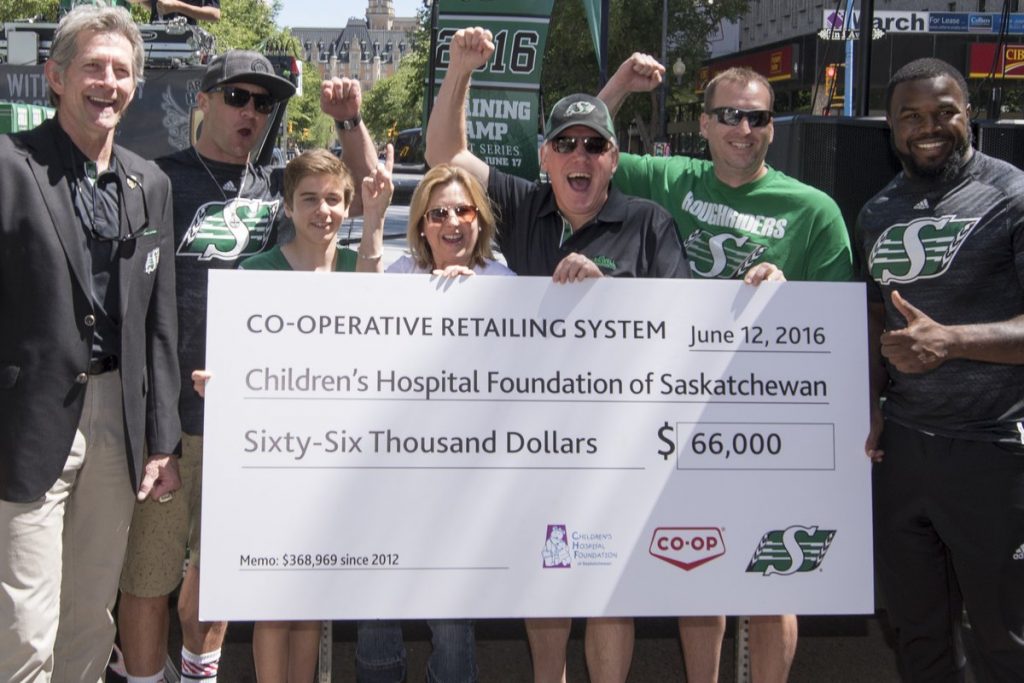 Darian’s QB BBQ chips will quarterback this year’s lineup of Game Day Approved products, which will be available at Co-op locations throughout the 2016 season. A portion of the sales from all Game Day Approved items — which include snacks, tailgating supplies and special Riders’ merchandise — will support the Children’s Hospital Foundation of Saskatchewan (CHFS).

“Our partnership with Federated Co-operatives Limited is special in so many ways from a business-to-business and branding perspective. This is evidenced by the power and overall success of the Game Day Approved program’s grocery and lifestyle product offerings,” said Steve Mazurak, Vice-President, Sales and Partnerships with the Saskatchewan Roughriders. “More importantly though is the community outreach and our collective efforts to drive awareness and funding to the Children’s Hospital Foundation. The Roughriders and FCL share common values of community and together we will soon celebrate the opening of the children’s hospital.”

“A heartfelt thank you to Rider Nation and Co-op members and customers across the province for supporting Game Day Approved products,” said Brynn Boback-Lane, President & CEO of the CHFS. “This unique partnership is helping to provide our province’s children and families with pediatric equipment and technology needed today, as well as a dedicated world-class hospital with a caring and comforting environment that will take us into tomorrow.”

Supporting families through the grief process of perinatal loss