Volunteering From The Heart

Laura Herman devotes a great deal of her spare time to the Children’s Hospital Foundation of Saskatchewan, a cause that is near to her heart in more ways than one.

Herman, who is the communications officer in the College of Medicine, first heard about the foundation nine years ago. She happened to tune into a radio fundraiser for the organization while driving with her newborn son safely strapped into the seat behind her. She listened to parents of sick children tell their personal stories “and I felt so powerless,” she said. “At the same time, I knew it was a club I didn’t ever want to be in.” 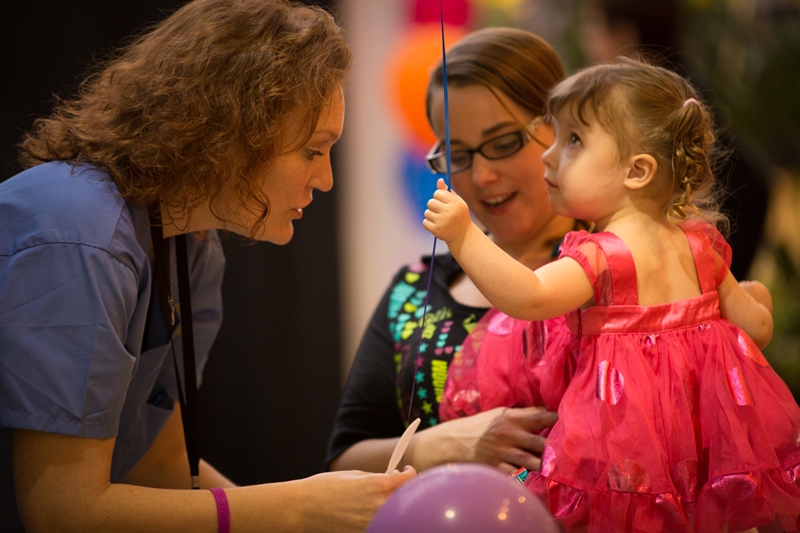 She made a donation to the foundation, and she has since joined that club.

Herman’s family has a long history of heart and other issues associated with Alagille syndrome, a genetic disorder. Her own case is a mild one but she had a sister who died of the syndrome before Herman was born. Her son, who is nine, is perfectly healthy; her daughter, age six, was diagnosed with a mild heart condition in utero.

But the disease had taken a significant toll on other children in the family; a nephew died from complications related to Alagille syndrome and two nieces are severely affected. Herman has travelled with the children and their parents to children’s hospitals in Edmonton and in the U.S. as they sought treatment that is unavailable in Saskatchewan. They were experiences that cemented her commitment to seeing a similar facility built for the children of this province.

“Children’s hospitals are so very different than regular hospitals,” she said. “It’s a unique environment and a different way of treating patients where families are important. It’s not the building so much as it is the dedicated staff and facilities, and the access to services.”

Since her first donation nine years ago, Herman’s involvement with the foundation has steadily grown. She has answered phones and stuffed envelopes when needed, and has served as a key organizer of the same radio fundraiser she heard in her car.

This year, she is chairing the volunteer committee that is putting on the foundation’s Jeans & Jewels Gala April 24 at TCU Place. It is a significant fundraiser, she said: “The goal is to raise $200,000, and we will.”

These major events have taken on additional significance “because we’ve got shovels in the ground now,” Herman said. “Construction is underway and the foundation will be buying the equipment, all the things that will make it a special hospital. What really matters is that there’s equipment and services meant for kids.”

Herman describes her work with the Children’s Hospital Foundation of Saskatchewan as “the longest volunteer relationship that I’ve ever had.” And while it continues to be rewarding, it can be quite demanding. In the weeks leading up to the Jeans & Jewels Gala, Herman said she will put in 10-12 hours a week ensuring every detail is just right. And she will continue to give her time to the foundation “as long as they have a need.”

When she thinks about her own children and health issues compared to what some others face, Herman describes her family as “very lucky.” At the same time, her understanding of the need for specialized facilities and services for sick children and their families has grown significantly through both her volunteer work with the foundation and her personal experience.

“I get it now. I didn’t get it before. There isn’t anything I can do for those moms who have kids who are sick or recovering except to raise some money to buy a comfortable rocking chair for them to sit in and hold their child.”

If you’re interested in volunteering, be sure to visit our volunteer page HERE for opportunities and to fill out the application form. 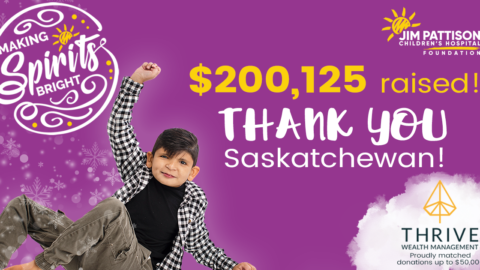