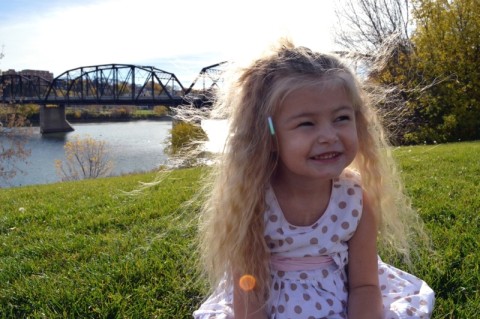 It was the kind of pregnancy and delivery that most moms dream about; complication-free and a healthy baby to take home from the hospital. But while baby Kayla was born seemingly healthy three years ago, it only took a week until the first warning sign appeared.

A home health nurse paid a routine visit to baby Kayla and mom Chera when the newborn was just a few days old. The nurse heard a disturbing noise when listening to Kayla’s heart. She advised Chera to take her new baby to her family doctor to have it checked. That simple visit may have saved Kayla’s life.

Doctors quickly confirmed that Kayla had a rare congenital heart defect called Truncus Arteriosus, which meant that she only had one heart valve. Kayla was quickly admitted to the Neonatal Intensive Care Unit in Saskatoon and then transferred to the Stollery Children’s Hospital in Edmonton for her first open heart surgery at just four weeks old. The surgery was fraught with complications and doctors struggled to control the bleeding. A tense night followed with Kayla in critical condition and the medical team unsure if the little girl would survive the night.

Kayla made it out of the surgery only to be hit with more bad news when genetic testing was completed and Kayla was diagnosed with the chromosomal deletion called DiGeorge Syndrome. This condition has resulted in Kayla having multiple seizures a week, additional heart problems that still require surgery, developmental delays, as well as a low immune system, anxiety and panic attacks.

Children with DiGeorge Syndrome need treatment from a variety of specialists and Kayla was no exception. The Saskatoon toddler will undergo a second open heart surgery to repair a crucial valve later this year in Edmonton. In 2013, she also made her first trip to Manitoba to see both Pediatric neurologists and ears, nose, and throat specialists at the Children’s Hospital of Winnipeg. A second trip was made just six months later for a sleep study and to have tubes put in her ears.

With doctors keeping a close eye on Kayla’s health, she will be one of the many Saskatchewan children who will make use of the new Children’s Hospital of Saskatchewan when the doors open in 2019. 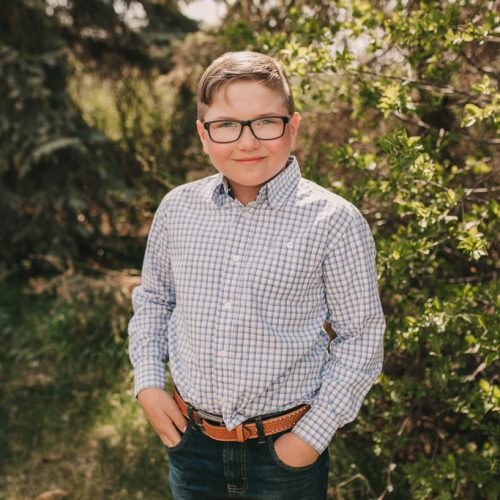