Reason #35: “Elara was born sick and that’s all that she knows.”

Like other kids with chronic health conditions in Saskatchewan, twelve-year-old Elara’s medical chart is bigger than every member of her family combined. Her file, literally feet thick, doesn’t even include the stacks of charts at other hospitals across North America. It’s a frightening reality for a young Saskatoon family that began their journey to parenthood with a perfectly healthy pregnancy.

Elara was born with a rare congenital heart defect, made even more complicated by being born ten weeks premature. Elara was whisked to the Neonatal Intensive Care Unit (NICU) before mom Tara or dad Doug could even hold her. With no complications herself, Tara was quickly discharged before the family even knew the full extent of baby Elara’s condition. What came next was a shock to her family.

Elara’s health suddenly deteriorated when she was four days old and doctors explained that she would need surgery immediately to save her life. Weighing only three and a half lbs, Elara was simply too small to undergo the necessary surgery. For two months, her tiny body survived on life support in the NICU. She had heart failure, battled bacterial pneumonia and suffered septicemia during her long wait. It was a difficult and dangerous time, so precarious that Tara was only permitted to hold Elara on her 44th day of life. Finally, after 62 days, Elara was flown to the children’s hospital in Edmonton on life support for the first of her three open heart surgeries.

Elara’s surgeries were fraught with complications, and her surgeon referred to one of them as “spooky” due to the vast amount of blood loss and her incredibly tiny size, weighing only four and a half lbs. 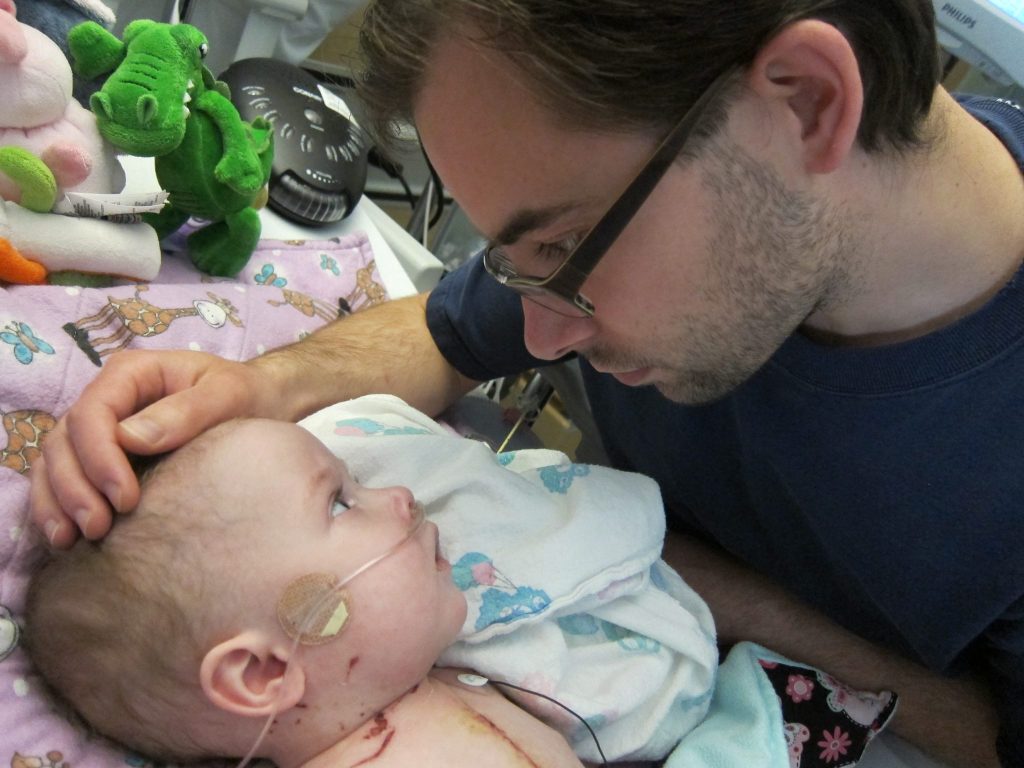 Tara mentioned her family has lost count of the number of days and nights Elara has spent in hospital. The first year alone, she estimates Elara spent approximately 240 nights in hospital. In the years to follow, she averaged between 15-40 nights or more each year with the total amount of nights spent in hospital now in the thousands. In her first year of preschool, Elara was hospitalized for pneumonia nearly every single month she was in school.

“Those overnight stays don’t reflect full days spent at the hospital in the outpatients department for various clinics or getting her x-rays to monitor her back every four months, or all of the tests, procedures, and therapies she needs to fight for her health,” says Tara.

With subsequent surgeries, Elara suffered multiple complications, including vocal cord paralysis, diaphragm paralysis, and even a stroke to her spinal cord. As a result she struggles with speech, swallowing, hemi and paraparesis, has developmental delays and is very tiny.

Despite statistics that said she would never speak, Elara is beating the odds. After two surgeries to repair a split in her lanrynx in Edmonton, Elara’s parents learned of a brand new surgical procedure being performed at Children’s Hospital of Philadelphia.  With the support of the Air Canada Foundation Hospital Transportation Program, Jim Pattison Children’s Hospital Foundation, and family and friends, Elara traveled to Philadelphia to undergo laryngeal nerve re-innervation. The results were nearly immediate. Elara was breathing with ease. When Elara walked down the ramp from the check-in desk to the airplane on her way home, the distance, which would normally exhaust her and cause breathing difficulty, was done with ease. Quickly, Elara’s voice began to change from a quiet, low, raspy rumble to a soft, clear voice.

Elara truly has been through it all in her twelve years. Elara has faced and conquered multiple open heart surgeries, airway surgeries, major spinal surgery for scoliosis, and thousands of nights within the hospital walls.

“She’s always really excited to go to the hospital because she understands that when she feels really bad and she goes to the hospital, they make her feel better. She feels safe there,” said Tara.

Today, Elara is regaining her voice and continually growing her confidence. She enjoys watching Miraculous Ladybug, playing with Roblox and the Sims 4, spending time with her brother Logan, and chatting with friends.

What is your reason to give? Support kids like Elara when you donate today.