A new addition to the Pediatric Inpatient Unit in Saskatoon is music to the ears of many of Saskatchewan’s youngest patients and their families.

An accredited music therapist is visiting kids in hospital for two and a half hours every week. Music Therapist Leanne Hoeft began just a few short weeks ago and says things were off to a great start with her first session. 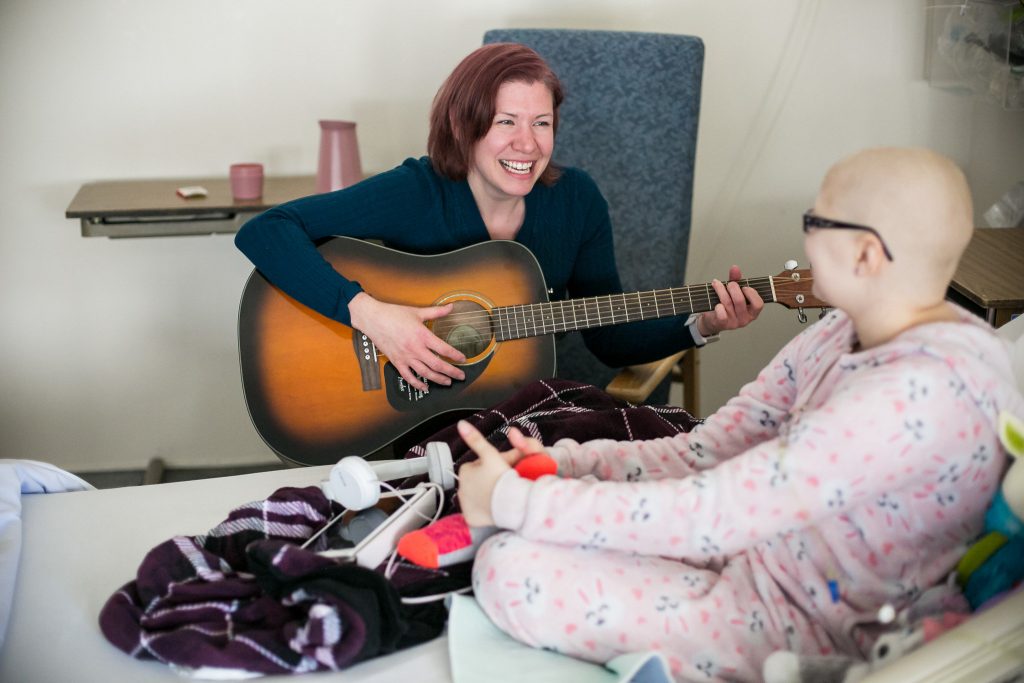 “The highlights were that children were laughing, dancing, playing instruments, showing curiosity and excitement regarding the instruments, and interacting with their families,” says Hoeft, who grew up in Plenty, SK. “Music therapy is so important to children in hospital! There are so many wonderful benefits: music therapy helps to provide comfort, relaxation, and fun, while decreasing anxiety, stress, and pain.” One of the things that seems the simplest but that might be the most important is that music therapy provides children in hospital with something “normal” and fun to do in their day.”

“I hope I’ll be able to provide a chance for children to be children, where they can have a break from thinking about doctors, tests, and treatments and have a chance to create, relax, and enjoying participating in music in whatever way they are able,” says Hoeft.

Music Therapy can also be used to improve learning, self-expression, interaction, self-awareness, communication, and personal development. The goals of music therapy are varied, depending on the patient, but include decreasing isolation and anxiety, self-expression, improving communication, initiating movement, increasing a sense of control during medical treatments, and providing age-appropriate experiences for kids.

Erin Burr’s son Graham was born with a rare genetic syndrome, a congenital heart defect, and kidney disease. He spent the first five months of his life in hospital and is still a frequent visitor to the pediatric department in Saskatoon.

“It is my opinion that music heals him,” explains Burr, who says that Graham expressed a love of music early on. “He seems to connect to it on a physiological and emotional level. It will be something for him and all other children to look forward to every day while in hospital; a time for their medical issues to take a back seat, and totally be themselves. To laugh and smile and play instruments and forget about pain for a while.” 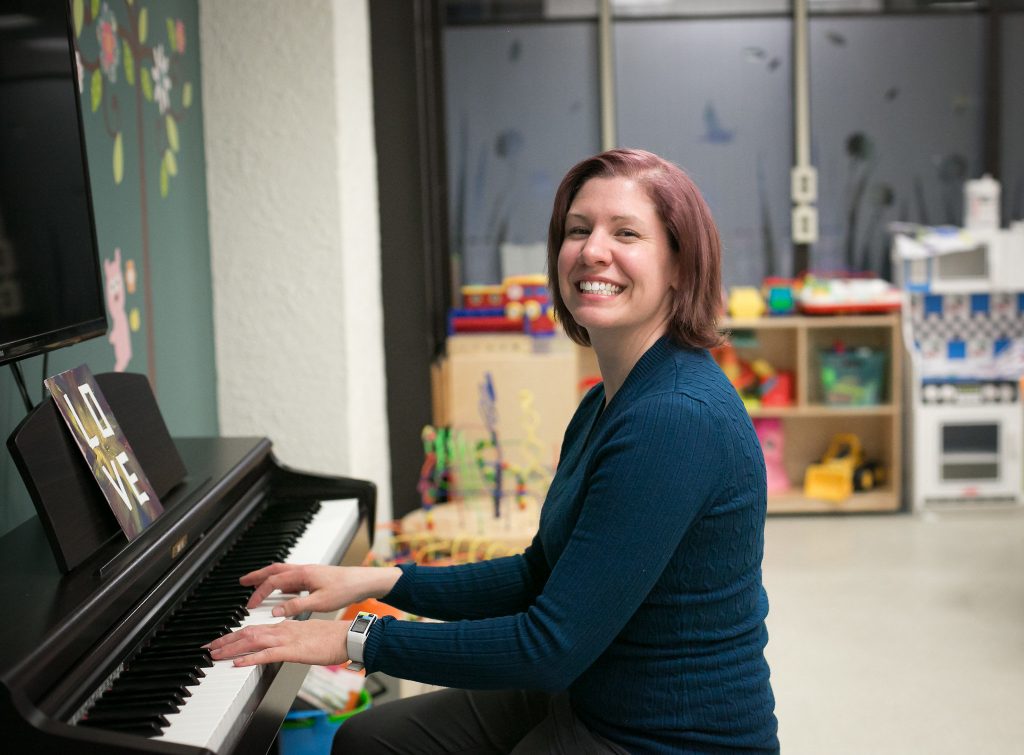 “This is a remarkable program,” says Bette Boechler, Director of Children’s Services. “I’m so proud of our unit managers Tammy Lucas and Melissa Speiser who worked so diligently to bring music therapy to our kids.”

We’re so thrilled that the pediatrics department has added an accredited music therapist to its team,” says Sheri Katz at Long & McQuade Musical Instruments. “We’ve seen the benefits of music therapy to young patients across the country, and we have no doubt that it will prove to be a valuable addition to the Child Life Program in the hospital.”

“Music is such a positive and creative method of healing; it is with pleasure that Jim Pattison Children’s Hospital Foundation match this much-needed Child Life program with a donor who understands just how important music therapy is to children in hospital,” says Brynn Boback-Lane, President and CEO of Jim Pattison Children’s Hospital Foundation.

Music Therapy will be an integral part of the state-of-the-art therapeutic Child Life Zone at the new Jim Pattison Children’s Hospital when the doors open in late 2019. The approximately 2,800 square foot space was created in partnership with Jim Pattison Children’s Hospital Foundation, country music superstar Garth Brooks, and the Teammates for Kids Foundation. It will join 11 other Child Life Zones across North America, including New York, Phoenix, and Dallas. Saskatchewan’s new zone will be the first in Canada.